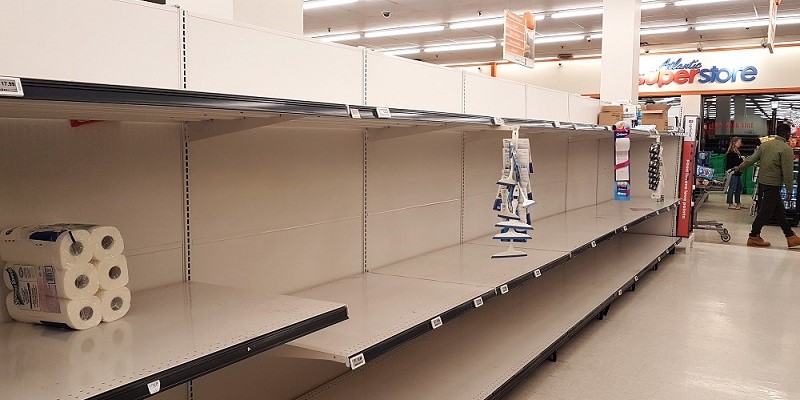 Economists are used to having to repeat ourselves as we try to communicate the basic ideas of our discipline to a public and politicians who are resistant to our message about the importance of prices and markets. This is never more true than during natural disasters and other emergencies where real scarcities significantly drive up the prices of important goods over their pre-emergency levels. Many jurisdictions have laws that make such price increases, known as “price gouging,” illegal, and they do not hesitate to prosecute those who they believe have violated those laws.

But are anti-gouging laws really socially beneficial in the way that their proponents claim?

I want to argue that they are not. And that, in fact, such laws make matters worse by preventing prices from playing their irreplaceable role as the signal and incentive that people need to both carefully ration the existing limited supply of goods and bring new supplies to the market. The best way to deal with the destruction of supplies or extraordinary increases in demand is to let prices do their job.

Before that explanation, I want to make a brief point about the term “price gouging.” It’s important to know that this is not an actual term in economics. It’s a term used by people who believe someone is charging a price that is “too high.” The problem is that there is no objective definition of what constitutes “too high” or “exorbitantly high” or any of the other vague phrases coded into anti-gouging laws. The ambiguity of the term and of the laws gives a great deal of discretionary power to politicians to decide for themselves which sellers are charging prices that are “too high.” When you hear that term “price gouging,” your brain should translate it as “I think that price is too high.” It’s nothing more than a subjective opinion. There’s no objective definition of a “gouging” price.

So why should we let prices do their job? I think the easiest way to think about it is that we have a problem to solve—some number of goods have become much more scarce and we want to increase the supply of those goods as quickly as possible. This can be due to physical destruction, such as a hurricane, or due to large increases in demand, as we’ve seen with toilet paper during the COVID crisis. Either way, in the short run some goods are much more scarce. How do we make sure we use those wisely and get more of them?

The answer is to let prices do their job. Take bottled water as an example. If the price of a 24-pack jumps to $30 because people are buying it up or a warehouse was destroyed, what happens? People who want bottled water have some very careful decisions to make. At that price, you will buy just want you need for highly-valued purposes and no more. For example, at $30 a case, you aren’t going to buy it and use it to bathe your dog. Compare that to what happens if sellers can’t raise their price in the face of limited supplies or extraordinary demand. That’s when people go in and buy up whatever they can find at the controlled price, and may well use some to bathe their dog, while other folks are unable to get any water at all thanks to those who bought out the supply at the legally suppressed price.

Letting the price of highly scarce goods rise forces us to use the limited supply of the good for the most important purposes. That’s a socially beneficial result of letting prices and markets do their job.

However, the more important consequence of letting prices rise is that the higher price sends a signal and creates and incentive to increase the supply of the good. Those $30 cases of water are like a flare gun going off that tells people that there’s a scarcity and provides them an incentive to supply more. During a natural disaster, people from unaffected areas are now more likely to buy up cases of water locally, get a truck, and transport them to the affected areas. The $30 price signal alerts them to the opportunity and provides the incentive to spend resources to get water to where it’s needed.

The key here is that once those new supplies arrive at the affected area, the only way to sell them is to undersell the $30 price at the store. The people bringing in the new supplies not only provide more of the good, they begin the competitive process of pushing that price back down closer to where it was pre-disaster. Notice that letting prices and markets do their job has begun to solve the problem we identified at the start—we need more of certain goods and we’d like to have them at a lower price. Letting prices rise in the short-run both ensures wise use of existing resources and starts the process of increasing the supply, and reducing the price of the goods that became more scarce.

Two final observations about how the public reacts to letting prices do their job. First, there’s the moral objection to having to pay higher prices during an emergency. Many feel disgust at those who would charge high prices and appear to take advantage of their fellow citizens. That reaction is understandable as part of our deeply embedded moral beliefs arising from having lived in a world of small groups for thousands of years before the advent of modernity and capitalism. But in reality, the choice facing us in these emergency situations is not between plentiful supply at high prices and plentiful supply at low prices. The choice is between some supply, growing over time, at high prices and no supply at low prices. Is it better for gas stations to keep their prices low and have no gas, or for them to let prices rise and have some supply for people to use carefully? The latter seems to me the more humane result, despite what our moral instincts suggest.

Second, there’s the objection to entrepreneurs profiting off a crisis. It’s true, of course, that those folks bringing in new supplies of bottled water will profit if they are allowed to sell them. But it’s also true that the various politicians “profit” from this situation through their demagoguery and the effect it has on the support and votes they get from the public. Everyone here has their self-interest in play and everyone is trying to profit in some sense of the term. The difference is that the profit-seeking activities of entrepreneurs actually bring new supplies of the good to the citizenry. The self-interested behaviour of politicians does not change the supply of goods, and thereby does nothing to solve the problem at hand. In fact, as we’ve seen, it makes matters worse.

The key to understanding economics is recognizing the importance of unintended consequences. This is so clear in the case of emergency-pricing where looking only at the short-run of higher prices obscures the long-run unintended consequences of those higher prices for solving the problem of highly scarce goods. The challenge remains convincing the public, that what is too often perceived as a form of exploitation, is a necessary step in getting the water, cleaning supplies and toilet paper they want so urgently.

There’s no magic wand we can wave that solves the problem of scarcity. We have to let prices and markets do their job and solve that problem over time. Price controls and anti-gouging laws just make matters worse.