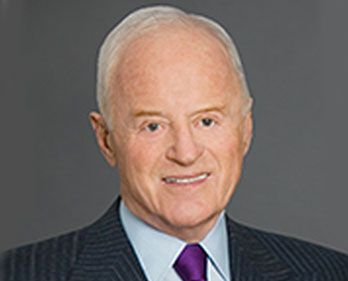 Peter Munk was the Founder and Chairman Emeritus of Barrick Gold Corporation. He is known globally as a business leader, entrepreneur and philanthropist. Over thirty years, Mr. Munk and his management team built Barrick into the world’s largest gold-mining company, and one of Canada’s leading global corporations, with more than 25,000 employees. Mr. Munk’s focus on innovation and global leadership was reflected in the companies he led over his diverse career. He was Chairman and controlling shareholder of Trizec Properties until its sale to Brookfield Properties for an enterprise value of $9 billion in 2006. Mr. Munk co-founded and a directed TriGránit Development Corporation, one of the leading property developers in Central Europe. Prior to founding Barrick, Mr. Munk was Chairman and Chief Executive Officer of Southern Pacific Hotel Corporation, the largest hotel and resort chain in Australasia until its sale in 1982. Mr. Munk received numerous honorary doctorates and he was inducted into the Canadian Mining Hall of Fame and the Canadian Business Hall of Fame. He also became a Companion of the Order of Canada, the country’s highest civilian honour. 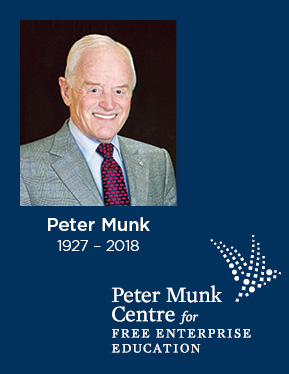 “I arrived in this place not speaking the language, not knowing a dog... This is a country that does not ask about your origins, it only concerns itself with your destiny.”

FIND OUT ABOUT OUR SEMINARS