Another pipeline setback, another blow to Alberta government finances 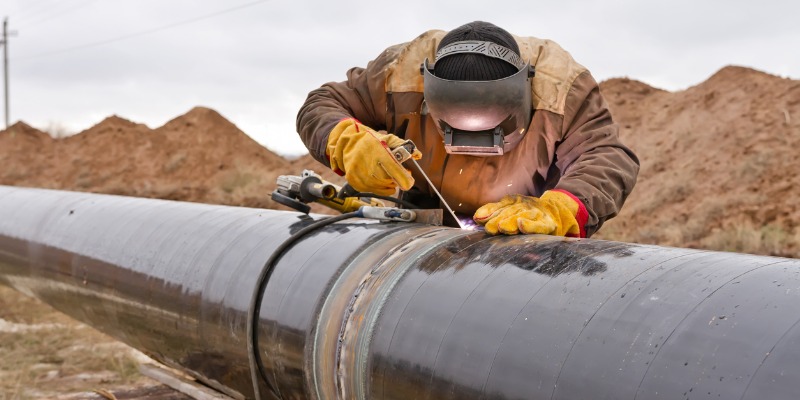 Alberta’s fiscal situation has been deteriorating for a decade, and the COVID-induced recession has dealt another major blow to the province’s finances. Premier Kenney recently predicted the budget deficit could hit an eye-popping $20 billion, which is equivalent to roughly 40 per cent of the government’s annual revenue. To recover from this recession, a lot must go right for the province. Which is why the latest legal setback for Enbridge’s Line 3 replacement project is so disappointing.

Alberta’s fiscal problems long predate the pandemic. The government has run deficits in all but one year since 2008/09. The Kenney government had plotted a plausible path back to budget balance, but it was contingent on continued economic growth (underpinned by higher oil prices) and the construction of three oil pipelines meant to boost the price of Canadian oil exports.

All three planned pipelines have faced legal and regulatory challenges in both Canada and the United States, prompting financial contributions from the provincial and federal governments to ensure the Keystone XL and Trans Mountain pipelines come to fruition. Enbridge’s Line 3 replacement project has made the most progress to date. The Canadian portion of the Wisconsin-bound pipeline is complete, but the project had been beset by regulatory hurdles in Minnesota that seemed to have been cleared.

Unfortunately, that project recently hit another setback when Minnesota’s commerce department asked the state’s public utilities commission to reconsider the “certificate of need” granted to the project. While it’s unclear how significant this latest challenge will be, it’s worth reflecting on just how crucial pipeline access is to Alberta’s government finances.

Due to the COVID recession, it’s difficult to forecast provincial revenues and spending. However, to get an idea of how much pipeline constraints could hurt the provincial budget going forward, consider the provincial government’s “no market access” scenario from the latest Kenney budget. That scenario assumes that none of three projects—Line 3, Keystone or the Trans Mountain expansion—are built, which would sap about $5 from the price of a barrel of Western Canadian Select oil in 2022/23 (the year the government forecasted a return to budget balance).

This would result in $2.5 billion less in income taxes and royalties relative to baseline assumptions for that fiscal year. Even assuming a sharp economic recovery where oil prices, employment and economic output return to pre-COVID trajectory, the failure to build these three pipelines would likely prevent the government from returning to balancing the budget before the end of Premier Kenney’s term.

For obvious reasons, the government’s path to budget balance has taken a back seat to the pandemic and recession. But when we emerge on the other side of this crisis, the province’s fiscal challenges will take on renewed urgency. Alberta has blown through $75 billion in financial assets since 2007/08, and even under the best-case scenario the province will keep doing so for the next few years. By 2022/23, the government projected that provincial net debt would equal more than $10,000 per person. But that forecast was before the pandemic and subsequent accelerated debt accumulation. Five per cent of government revenue is required to service Alberta’s provincial debt, and that number will grow—especially without adequate pipeline access.

Alberta is in a dire fiscal situation. It needed most things to go right, and currently, everything is going wrong. The latest pipeline setback presents yet another obstacle on the government’s path to budget balance.