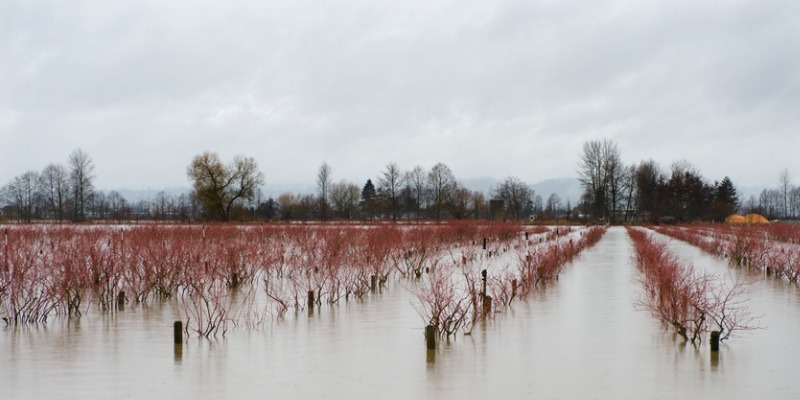 The City of Calgary recently joined the list of cities to declare a climate emergency. Although it’s a bit late; the other cities issued their declarations in the summer of 2019. It’s hard to attach the word “emergency” to an advocacy campaign that stays around for years. And the event that precipitated Calgary’s declaration wasn’t anything to do with the weather, it was the election of a new mayor. Proving yet again that such declarations are political in nature, and meaningless.

Do city councils that issue climate emergency declarations begin ramping up disaster preparedness? Do they upgrade their drainage systems and flood management? Do they develop rapid-response systems to protect vulnerable populations during heatwaves? Do they harden their road and bridge infrastructure and develop plans to keep vital transportation links open in case of wildfires or landslides?

No, more likely they just book tickets for an ever-larger delegation to whichever climate conference is coming up next, so they can virtue-signal with other leaders on the world stage.

Vancouver, for its part, issued a climate emergency declaration in July 2019. Fat lot of good that did when this year’s actual weather emergencies hit. During the recent flooding the province dithered for days before issuing a State of Emergency and its provincial Emergency Alert system was never activated. And as Terry Glavin recently noted in the National Post, when the heatwave got serious in British Columbia this summer, B.C.’s Emergency Health Services didn’t get its emergency operations centre up and running until after temperatures had cooled off.

Environment Canada says that this month’s rainfall data in B.C. “point toward a widespread one-in-50 year event, with many locations seeing a one-in-100 year event.” It would be pointless to haggle over the extent burning fossil fuels might have affected the volume of rainfall. If it’s a 50-year event, that means it’s happened before and will happen again. But unlike similar such events 50 or 100 years ago, the availability of fossil fuels now allows more effective emergency responses and life-saving rescue efforts.

Records available through Oxford University’s Our World in Data show that, despite the enormous growth in the world population, deaths due to natural disasters plummeted over the 20th century. In the 1930s nearly 4.4 million people worldwide perished from flooding. Over the past decade the number was just under 51,000, despite world population increasing nearly fourfold. As author Alex Epstein notes, fossil fuels didn’t take a safe climate and make it dangerous, they took a dangerous climate and made it safer.

Are we seeing more extreme rainfall than before? To answer that, we turn to a 2019 report from the federal department of Environment and Climate Change Canada, which reports (p. 119) “the observational record has not yet shown evidence of consistent changes in short-duration precipitation extremes across the country.” The models say it may happen in the future but the data don’t show it now.

Rainfall is inherently subject to large variations on short and long time scales. In 2019 I coauthored a study in the Journal of Hydrology, which examined a new archive of some of the longest U.S. daily precipitation records in existence, covering 20 locations back, in some places, to the 1870s. Many of our study locations were on the Pacific coast. We found that if you focus on short intervals of a few decades you can often see a trend, but over long periods the trends disappear and even change sign. We also found 2,000-year drought proxy records that confirmed that long-term natural variability dwarfs decadal and even century-scale trends.

Some have used the term “atmospheric river” (AR) to describe what hit B.C.’s Lower Mainland this month. There’s a graphic of an AR hitting the Pacific coast on the cover of the 2017 U.S. Climate Science Special Report from the Global Change Research Program, which explains that most moisture in the atmosphere travels in such river-like formations. Indeed, 90 per cent of the moisture exiting the tropics gets concentrated into ARs covering only 10 per cent of the circumference of the Earth. ARs occur globally, they are not new nor are they rare. Though thankfully they are not usually as heavy as what landed on B.C. When its water load hits ground caked with last summer’s wildfire ash, instead of it soaking into the ground it ran off over the surface, amplifying the flood impact.

Past reports from the UN Intergovernmental Panel on Climate Change did not discuss ARs, but the newest one does, briefly saying (p. 60, chapter 8) it’s likely the ones coming off the Pacific have become more frequent since 1948 but there’s low confidence in the size of this trend and any changes have not been attributed to human-caused warming. It also reports (p. 94) that models suggest North American ARs might be more common in the future under global warming, though they might also become less common globally.

So haggle about the role of fossil fuels all you like, but we’ve always had extreme weather and always will. Meanwhile governments declare abstract climate emergencies then fail to prepare for actual weather emergencies. They scramble to provide food, fuel and transportation when disasters strike, then once the crises pass, they conspire to choke off the supply of all three in the name of climate. How about, in the name of commonsense, we rethink these priorities.