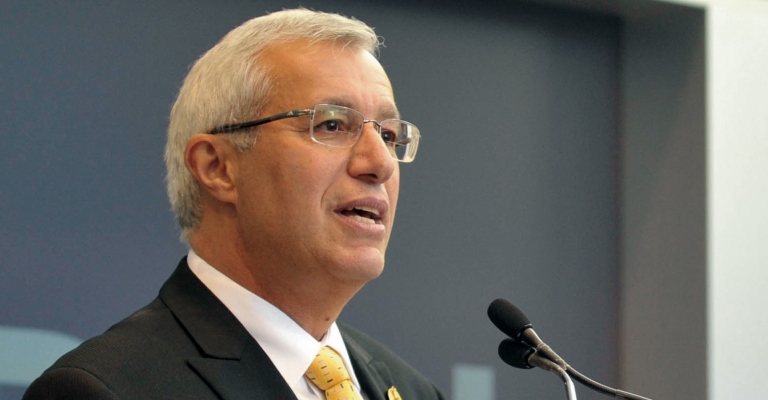 The Toronto Sun recently published a letter to the editor from Ontario Finance Minister Vic Fedeli (pictured above) objecting to my last column—specifically, my assertion that the government’s mini-budget released two weeks ago largely reflects a continuation of Wynne government policy on deficits and spending. Minister Fedeli characterized my proposed approach to fiscal management as a “slash-and-burn” strategy that would generate “tragic” human costs.

In reality, making substantial progress towards a balanced budget will be difficult and require hard choices, which can be made without anything resembling a “slash-and-burn” approach to governance.

In 2017/18, the Wynne government’s last full year in charge of the government’s books, total spending stood at $154 billion. So what would happen if the Ford government simply spent at the same nominal level as its predecessor did in 2017/18—a level the PCs frequently blasted in opposition as profligate? The answer: the deficit would be gone in short order.

This year, total revenue is projected at $148.2 billion. If revenue increases by 3.4 per cent next year (in line with recent historical norms), that would bring 2019/20 revenue to $153.3 billion. Again, compare that to 2017/18 spending levels of $154.3 billion and it’s easy to see that this would mean the virtual elimination of Ontario’s budget deficit next year. Only $1 billion would remain in the red.

Given that Fedeli frequently characterized his predecessors as spend-happy, it’s hard to imagine holding the line at the nominal spending level inherited from the Wynne government for two years would constitute slashing and burning. Yet this is what it would take to nearly balance the budget next year. A nominal total spending freeze would mean annual reductions in inflation-adjusted per-person spending of approximately three per cent. That’s not easy, but it aligns closely with the type of efficiencies Premier Ford promised on the campaign trail.

Moreover, the finance minister argues that a nominal spending freeze over two years would come at a “tragic” human cost (to use the language of his letter). This is an enormous compliment to the fiscal management of the last government, as it implies there’s virtually no fat to be found. Ontarians, who were repeatedly told during the campaign there were efficiencies to be found throughout the budget, can be forgiven for doing a double take after now hearing that government spending must keep growing.

Finally, Fedeli’s letter assures Ontarians his government will eliminate the deficit on a “reasonable” timetable. But he’s asking us to take that assurance on faith, as the mini-budget offered no timeline, and senior elected officials have been evasive when pressed for a date. Fedeli objects to me noting the continuity between his government and its predecessor. But we’ve seen this movie before and it doesn’t end well.

The Ford government may well change course in this spring’s budget and provide a realistic plan and timeline for repairing provincial finances, but the simple and unavoidable reality is it hasn’t done so yet.

The Wynne government mistakenly told Ontarians for years that balancing the budget quickly, and substantially slowing the massive accumulation of debt, could only be done at a tragic human cost. Minister Fedeli’s letter essentially endorses this view, strengthening the perception that, on spending and deficits, Ontario government policy will be characterized primarily by continuity rather than change in the years ahead.