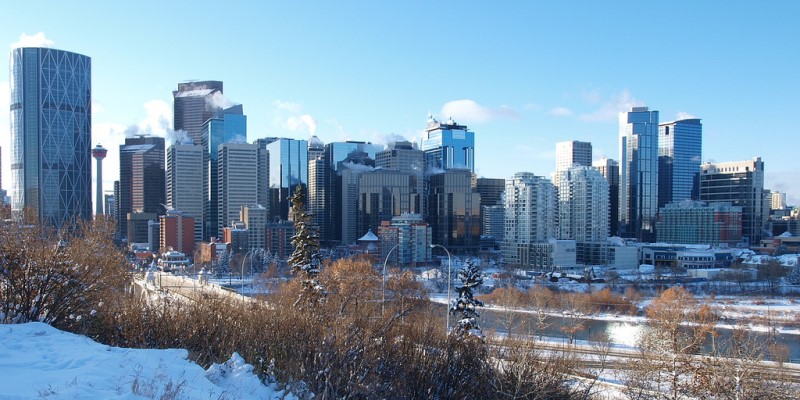 First it was Amazon HQ2. Then the Olympics. At this point, whether or not either of those opportunities made sense is beside the point. Neither will happen. And while the idea of seizing on one big thing to boost Calgary’s economy may be intuitively appealing, there’s is no magic wand to fix what ails the city. Instead, we should create the conditions for a variety of small scale, bottom-up solutions. That means creating better incentives for businesses, rather than looking for the next shiny object.

It’s understandable that a city with a commercial vacancy rate of around 25 per cent and an unemployment rate over 8 per cent wants to give the economy a shot in the arm, especially when the sharp retrenchment of a single industry (oil and gas, of course) spurred the downturn in the first place. But instead of hoping for a single solution, the best thing government can do to help the city prosper is create hospitable conditions for thousands of small solutions to materialize on their own.

What does this look like in practice? Simply put, make work and investments more attractive here relative to other places. For example, the city’s effort to make it easier for small businesses to operate in Calgary by cutting red tape on downtown businesses and hiring a small business coordinator to help small businesses navigate the municipal approval processes.

Businesses also face a large property tax premium that compared to residential taxes. Non-residential rates are roughly four times higher than residential rates, unlike Toronto and Edmonton where the ratio is approximately 2.8 to one. Shrinking this gap in Calgary would require some tough decisions—either residents would have to pay more or the city would have to do more with less. But reducing the burden on businesses could give the local economy a much-needed shot in the arm.

Finally, the Notley government in Edmonton could do much more to help Calgary thrive. Not long after election day, the new government raised the corporate income tax rate from 10 per cent to 12 per cent. This made matters worse for the city’s economy at a time when the entire province was struggling. Calgary and Alberta compete with the rest of the world for investments. A few short years ago we had the lowest corporate income tax rate in North America, but we’re now closer to the middle of the pack after tax hikes in Alberta and tax cuts stateside.

Maintaining competitive tax rates at the provincial level remains a key component of the thousand small solutions approach to repairing Calgary’s economy. If taxes are moderate and competitive and firms are incentivized to invest here, jobs will be created across a broad range of sectors. Exactly which sectors? It’s impossible to say, but that’s part of the beauty of the approach. We don’t need to guess what industries will thrive, as politicians love to do. We just need to create the conditions for businesses to put Calgarians back to work. The government’s decision to try and raise a little bit of extra money through tax increases appears short-sighted at best.

It’s time for Calgarians to move on from the idea of one big solution for the economy. We need a groundswell of investment, and the best way to help facilitate that is to create an attractive investment climate, rather than looking for the next big thing.