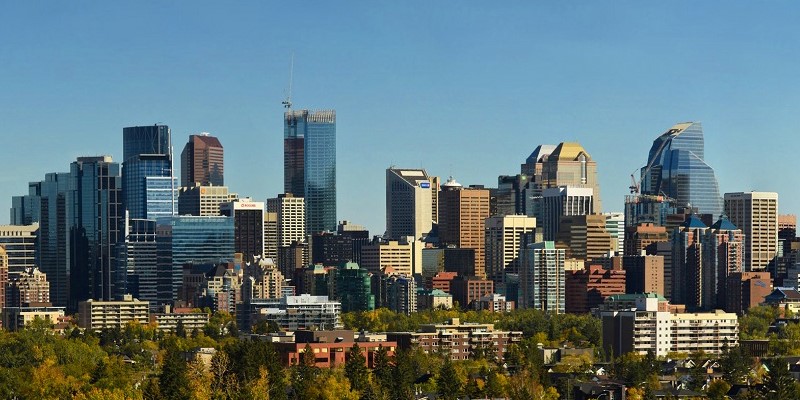 Recent property tax hikes, some in the double-digits, spurred by plummeting downtown property values, have shocked Calgary business owners. While city hall is scrambling to provide relief, the hikes underscore the risks of relying too heavily on businesses for municipal government revenue.

Calgary, like most other large municipalities in Canada, levies higher property tax rates on businesses (commercial and industrial properties) relative to residential properties. In 2018, Calgary’s non-residential tax rates were almost four times higher than residential rates. Other large cities such as Vancouver and Montreal have similarly high ratios (both roughly between 4-to-1 and 5-to-1), suggesting disproportionate reliance on businesses for local government revenue.

By contrast, this ratio shrinks to approximately 2.8-to-1 in Edmonton and Toronto, raising more questions than answers about how tax rates—and the number of dollars they ultimately represent for municipal coffers—reflect the level of service residents and businesses need and use.

Cities seldom provide readily available information outlining how tax rates, based on assessed property values, match what citizens and businesses receive in return, possibly due to the inherent difficulty of calculating “benefits received” by different property classes. However, a rare report commissioned by the City of Vancouver more than a decade ago found that approximately three-quarters of local tax-supported services were consumed by residents, leaving the rest to businesses. In other words, the non-residential sector paid $2.42 in taxes for each $1 of benefit received.

Likewise, Ontario’s imposition in the 1990s of a “range of fairness” between residential and non-residential property tax rates suggested a similar concern; that businesses were taxed beyond their share of local services consumed.

One oft-cited reason for this phenomenon is that city councils favour homeowners—who comprise the majority of voters in most municipal elections—over businesses, making businesses an easier target for tax increases. This effective subsidy from businesses to homeowners is well-documented, and can cause problems.

For example, it can render city finances particularly vulnerable to downturns in business cycles. When times are good, it’s easier to tax booming industries to provide more local services for residents. When times are bad, however, many businesses either can’t shoulder the burden any longer or see their land values plummet—in either case resulting in reduced revenue for city hall. This is certainly visible in Calgary where the estimated assessed value of downtown offices has dropped by roughly 50 per cent since 2015.

So due to past choices at city hall, Calgary faces some tough decisions. Either taxes rise for residents or Calgarians must make do with less spending on local services and amenities such as parks and sports facilities—or less spending on municipal staff. City council is already considering a mix of several of these options, although it’s unclear whether current plans will be sufficient or politically feasible.

In any case, Calgary’s current unfortunate scenario highlights why all municipalities should think long and hard about whether their tax rates are fair and efficient. If municipalities are overly reliant on businesses to pay for services enjoyed primarily by residents, they should understand the risks of such reliance.