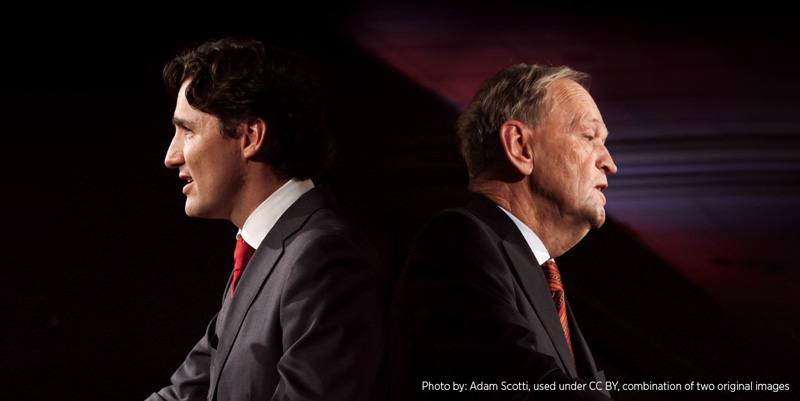 Prime Minister Trudeau and Finance Minister Bill Morneau have recently made a concerted effort to laud their fiscal prudence over the last five years, which they suggest places Canada in a strong position to weather the current recession. But comparing the fiscal discipline of the Chrétien era with the last five years underscores the lack of prudence exhibited by the Trudeau government.

Back in the 1990s, after achieving the heroic feat of balancing the federal budget for the first time in nearly 30 years, the Chrétien government continued to impose a rather strict discipline on itself, requiring not only a balanced budget but indeed surpluses to reduce the nominal value of national debt. As then-finance minister Paul Martin explained, Ottawa should reduce the debt while the economy was growing to prepare for the future, which is the very definition of prudence.

From 1996-97 through to the recession of 2007-08, successive governments followed Chrétien’s budget rules and reduced the national debt (accounting for financial assets) by $105.2 billion or 18.7 per cent, which established a foundation for Canada to weather the 2008-09 recession better than almost any other industrialized country.

It’s difficult to imagine a starker contrast than with today’s Trudeau Liberals. Justin Trudeau entered office with a commitment to increase spending financed largely by cumulative deficits of $25.1 billion over three years, and return to budget balance in 2019-20 (the fiscal year just ended in March 2020).

Trudeau’s deficit commitments were discarded in the 2016 budget, less than six months after election day. Budget 2016 projected a deficit of $29.4 billion in 2016-17 rather than the original $10.0 billion committed to during the 2015 campaign. Rather than balancing the budget in 2019-20, the Trudeau government now forecasted a $17.7 billion deficit. And rather than a total cumulative $25.1 billion deficit over three years, the government now forecasted deficits totalling $113.2 billion from 2016-17 to 2020-21 with no commitment to balance the budget for the foreseeable future. Indeed, the federal Department of Finance in 2016 released its long-term financial projections showing the government was unlikely to balance the budget until 2055-56.

Instead, the government shifted to a fiscal goal of maintaining or lowering the “debt-to-GDP” ratio but violated its own rule between 2018-19 and 2019-20 when the ratio increased slightly.

An interesting counterfactual question is what Canada’s federal finances, particularly our debt level, would look like had the Trudeau government adopted the successful policies of the Chrétien government. Let’s assume, for instance, that the Trudeau government, like the Chrétien government, imposed a budget rule over the last five years that required it to run at least small surpluses each year. Specifically, let’s assume the government adopted the plan of small surpluses contained in the 2015 budget. This policy change would have resulted in a $11.0 billion reduction in federal debt over five years rather than the $84.3 billion increase in debt accumulated between 2015-16 and 2019-20.

Put differently, the federal debt going into the current recession would have stood at $617.9 billion rather than the expected $713.2 billion. This means Ottawa could have implemented almost all of its recent direct spending aid package, currently valued at approximately $108 billion, and the overall debt level of the country would be roughly at its current level.

Moreover, the debt-to-GDP ratio would have declined to 26.8 per cent rather than the current expectation of 31.0 per cent, with the Parliamentary Budget Office forecasting a rise in the ratio to at least 41.4 per cent.

Perhaps most telling, however, is that this modest level of restraint would not have impeded the Trudeau Liberals from spending more than the previous Harper Tories planned to spend. The original Harper 2015 Budget included an increase of $48.0 billion (or 18.9 per cent) in program spending from 2015-16 to 2019-20. Lower-than-anticipated interest costs would have allowed the Trudeau government to increase spending a further $30.1 billion over the five-year period and still run small budget surpluses.

Instead, the Trudeau government increased spending by 33 per cent or $84.5 billion, resulting in the large deficits and mounting debt of the last five years.

The Trudeau government’s less prudent approach to federal finances, compared to the Chrétien era, means the country will face a larger deficit in 2020 and 2021 than would have been the case and it will take much longer to balance the budget again. The country will also be saddled with a larger overall debt and thus higher interest costs than had the Trudeau Liberals exercised greater prudence.