Despite claims to the contrary, B.C. bill does not include First Nation veto over resource development 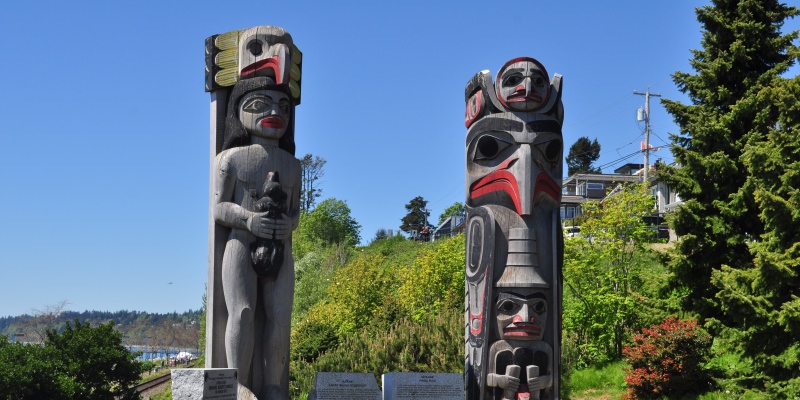 The British Columbia Legislative Assembly recently gave first reading to Bill 51, the NDP government’s new Environmental Assessment Act. It does not recognize the veto over resource development that many First Nations have been claiming.

Section 2 says that the bill is “supporting the implementation” of the United Nations Declaration of the Rights of Indigenous Peoples (UNDRIP) and seeks collaboration with Indigenous nations “consistent with” UNDRIP. Now, section 32 of UNDRIP is famous for requiring states to “obtain [Indigenous nations’] free and informed consent prior to the approval of any project affecting their lands or territories and other resources, particularly in connection with the development, utilization or exploitation of mineral, water or other resources.”

Sounds like a veto power for B.C. First Nations over resource development on their traditional lands, doesn’t it? But you would be wrong to think so. Section 7 of the bill goes on to limit the requirement for Indigenous consent to “treaty lands” or other cases where there’s a specific agreement conferring a right to refuse.

This puts a few First Nations in the position of fee-simple landowners who can choose whether or not to allow resource development on their land. In fact, the treaty First Nations’ position is even stronger, because the bill does not create provisions for expropriation.

However, it leaves the vast majority of First Nations under the jurisdiction of the Supreme Court’s consultation jurisprudence, which has consistently and explicitly rejected the idea of a First Nation veto over resource development.

It’s telling that several sections of the bill refer explicitly to the Supreme Court’s consultation jurisprudence. Even Section 2, which appears to adopt UNDRIP, says it is “acknowledging Indigenous peoples’ rights recognized and affirmed by section 35 of the Constitution Act, 1982.”

UNDRIP is for show, not for go.

A little history puts B.C.‘s legislative magic trick (now you see UNDRIP, now you don’t) into perspective. The UN approved the DRIP in 2007. Stephen Harper’s government signed on to it in 2010, but only in an aspirational sense because of the conflicts with existing constitutional law in Canada. In 2014, the Truth and Reconciliation Commission recommended unqualified adoption, and both the NDP and Liberals followed that recommendation in the 2015 federal election campaign.

After coming to power, the Liberals appeared to fulfill that promise, but in fact their adoption was still qualified. Justice Minister Jody Wilson-Raybould, herself a First Nations person, spoke to the Assembly of First Nations in 2016 with unusual frankness: “simplistic approaches, such as adopting the UNDRIP as being Canadian law, are unworkable.”

The Liberal policy became, both implicitly and explicitly, to accept UNDRIP but only as consistent with existing Canadian law and the Constitution, including the immense body of Supreme Court jurisprudence on Indigenous rights, title and the duty to consult. This was, for all practical purposes, the same as the Harper government’s aspirational adoption of UNDRIP in 2010, even though the rhetorical emphasis was different.

Now we see the NDP government of B.C. following the same approach.

It may be maddening to those who would like politicians to speak clearly and truthfully, but such calculated ambiguity is usually the Canadian way. It allows the major political parties to appear to differ with each other while actually coalescing around views that will not overturn the status quo.

That means appearing to respond to the demands of First Nations activists while keeping intact Canadian constitutional law as it evolves. This is like signing on to climate change accords such as Kyoto and Paris but refusing to take the practical steps required to meet the carbon-reduction goals of those accords. The electoral success of such obfuscating tactics suggests they probably represent the position of the median voter in Canada.