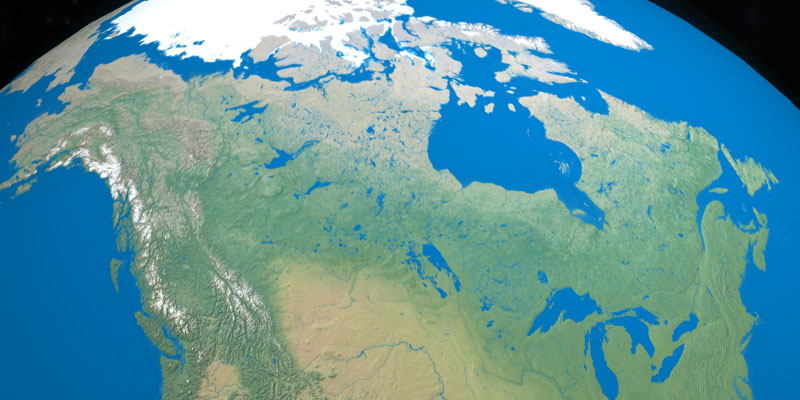 A recent summary of the four major federal parties’ positions on climate change showcases the pitfalls of political solutions. From the perspective of textbook economics, each party’s campaign proposal costs more in terms of tax dollars and economic growth than is necessary to achieve the stated goal.

Let’s start with the Liberal program. One of its key elements is to gradually increase the federal carbon tax to $170 per tonne by 2030. But this is wildly out of line with standard estimates of the so-called “social cost of carbon,” which is the current dollar value of future climate damage that an extra unit of greenhouse gas emissions will cause humanity.

For example, in February the Biden administration’s Environmental Protection Agency (EPA) published updated social cost of carbon estimates and projected that in 2030 the value would be $62 per tonne (measured in 2020 U.S. dollars using the standard 3 per cent discount rate). By proposing a tax that’s more than double (even converting between currencies) the standard estimates of the social cost of carbon, the Liberal plan will cause more harm to economic growth than it will save in climate damages.

Although they posture as being more economically savvy, the Conservatives and their proposals also make little economic sense. Like the Liberals, they now support a carbon tax (though capping out at $50 per tonne). Yet on top of the carbon tax, the Conservatives also support a target for zero-emission vehicles and a low-carbon fuel standard. This defeats the whole rationale of a carbon tax, which is supposed to eliminate top-down political mandates and let market participants “on the ground” make decisions on where to cut emissions. By including mandates along with a carbon tax, the Tory plan makes emission cuts more expensive than they need to be, for the same environmental gain.

The NDP and Green Party—naturally—are more aggressive in their proposals. And ironically, to the extent that climate change really is a serious problem for humanity, are actually jeopardizing Canadians (and everyone else). Specifically, neither the NDP nor Green Party support nuclear power, and instead want Canada to achieve zero-emission electricity production through solar and wind.

This stance suggests that NDP and Green Party officials don’t really believe some of their more apocalyptic rhetoric. It’s a simple fact that most Canadians—and everybody else on Earth, for that matter—won't agree to an energy plan that significantly reduces their standard of living. For various reasons, including problems with intermittency and battery storage, so-called “clean” energy sources will not be able to entirely replace fossil fuels in the near term. The only feasible way to drastically reduce greenhouse gas emissions within the next decade or two, while maintaining conventional economic growth, would be to put nuclear power on the table. Yet this is precisely what the NDP and Green Party also refuse to consider, even though the potential risks from nuclear power pale in comparison to what the public is being told about human-caused climate change.

During this campaign, when it comes to climate change policy, none of the major federal parties offer a coherent plan from the perspective of standard economics. As usual, Canadians must maintain a healthy skepticism when listening to rhetoric on the campaign trail.