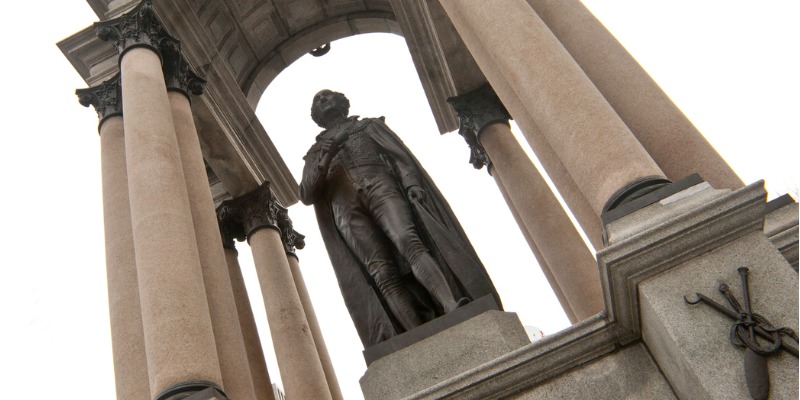 As part of the ever-accelerating agenda to cancel all things deemed offensive, Sir John A. Macdonald’s name and likeness is rapidly disappearing from the public square. Even though he was Canada’s first prime minister and key architect of Confederation, his statues are being taken down and his name removed from buildings, particularly schools.

Macdonald’s critics argue that his role in establishing Indigenous residential schools and his racist views disqualify him from any place of honour in Canada today.

But here’s the problem. If you cancel Macdonald, why stop with him? If we judge 19th century people by 21st century standards, many historical Canadians held unacceptable views. Which is why a whole lot of other buildings will soon need new names.

For example, trustees for the Thames Valley District School Board in London, Ontario, recently voted to rename 12 schools named after historical figures with ties to racism or colonialism including Sir Wilfrid Laurier, Queen Victoria, Lord Elgin, Lord Nelson, Louis-Joseph de Montcalm and others.

Sadly, it isn’t surprising to see Wilfrid Laurier on this list. While he’s considered one of Canada’s greatest prime ministers, he also held racist views evidenced by the fact that his government expanded Indigenous residential schools and enacted discriminatory immigration policies. If Macdonald deserves cancellation, so does Laurier.

And there’s no reason to stop with former prime ministers. Several major Canadian cities (Victoria, Regina, Prince Albert) are named after Queen Victoria or one of her immediate relatives, yet the woke trustees at Thames Valley apparently believe students will be traumatized by attending Victoria Public School.

Why? Because Queen Victoria and other British officials such as Lord Elgin and Lord Nelson represent British colonialism. But one wonders how long it will take Thames Valley trustees to realize in what fair city their school board resides. Hopefully, this discovery won’t be too traumatic for them.

Perhaps the most surprising name on the list is Louis-Joseph de Montcalm, the French general who tried to defend Quebec City from British attack during the famous Battle of the Plains of Abraham in 1759. One could argue that naming a school in London, Ontario, after a major French general is an honourable gesture. Of course, since Montcalm lived during the 18th century, his personal views were likely even more unacceptable than those held by people living in the 19th century.

Today, Thames Valley’s renaming project will not be cheap. The board plans to hold a series of community engagement sessions with an estimated cost of $47,000. Of course, this doesn’t include the cost of new signage for each building nor the opportunity cost of trustees spending time renaming things rather than, say, improving academic achievement.

More importantly, schools are supposed to educate students about our history, not erase it. By naming schools after major historical figures, we ensure that these individuals are not forgotten. By erasing their names, the Thames Valley trustees apparently want students to remain ignorant about our past.

Instead of renaming schools, we should educate students about the legacy behind their current names and make sure students know about both the good and the bad things these people did, along with an understanding of historical context. In other words, use these names as teaching opportunities, now and in the future.

By keeping the names of historical Canadians on schools, we don’t endorse racism or colonialism. But rather we recognize that Canada’s history is sometimes messy and that our past prime ministers, monarchs, generals and governors general were real people with strengths and weaknesses. They were, as we are now, people of their times.

Students must learn more about Canadian history, not less. Let’s not rename buildings or tear down statues to satisfy ill-conceived notions of social justice in contemporary times.