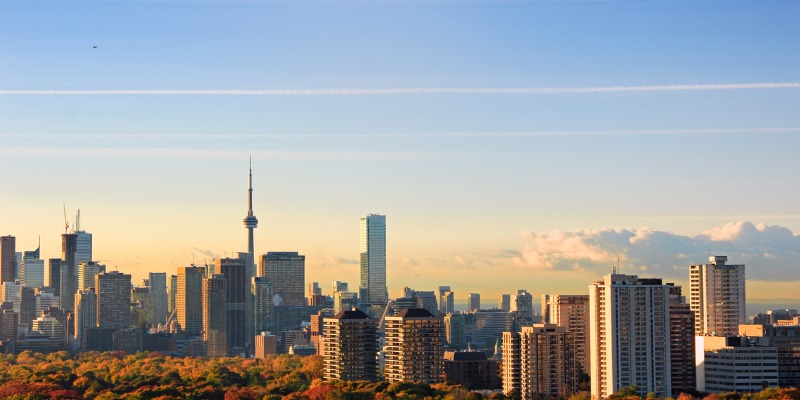 In its latest attempt to stir up public alarm over global warming, the Trudeau government has released a new report purporting to show the widespread destruction Ontarians face due to climate change.

The 105-page Ontario report is the third in a six-part series, each focussing on a different region in Canada. At the top of the report, the authors produce a map showing the projected temperature increase from 2031 to 2060 in various regions of Ontario. According to the map, there will be a huge amount of warming over these decades, particularly in the southern part of the province. Toronto and the surrounding area, for example, will supposedly warm by something like 10 degrees Celsius or more.

A notable thing about the map, however, is the “Scenario” parameter, which is set to something called RCP 8.5—a global warming scenario based on high emissions. To quote from a recent report from the UN’s Intergovernmental Panel on Climate Change: “The likelihood of high-emissions scenarios such as RCP 8.5 or SSP5-8.5 is considered low in light of recent developments in the energy sector.” The IPCC report cites an article in Nature whose authors are considerably more pointed in their language, writing that the RCP 8.5 scenario “paints a dystopian future that is fossil-fuel intensive and excludes any climate mitigation policies, leading to nearly 5°C of warming by the end of the century.” The scenario was “intended to explore an unlikely high-risk future” and is a “worst-case scenario” that is “increasingly implausible with every passing year. Emission pathways to get to RCP 8.5 generally require an unprecedented fivefold increase in coal use by the end of the century, an amount larger than some estimates of recoverable coal reserves.”

As economist Ross McKitrick elsewhere writes, the coal use trajectory in RCP 8.5 so far outstrips current projections that “no one seriously believes this is even possible, including people who use RCP8.5 in their climate simulations.” Yet this scenario sits at the top of the federal government’s climate report.

The report also makes references to a more moderate warming scenario, RCP 4.5, but the alarmist RCP 8.5 is most prominent throughout. About halfway through the report, for example, we read that “the annual area burned from wildfires could double by the 2040s and increase eightfold by 2100, under a high-emissions scenario.” According to the citation for this claim, this projection is based on the IPCC SRES A2 scenario, one that, as the IPCC reports, is “broadly comparable” to the RCP 8.5 scenario. In the same section is a map purporting to show a massive increase in fires in Ontario by the end of the 21st century, with a large red area where supposedly four per cent will be burned annually by large fires. The map is based, again, on the RCP 8.5 scenario.

Beyond presenting most prominently a scary implausible scenario, the report exaggerates the current harms of climate change. Importantly, even under RCP 8.5, the real net costs of climate change are far into the future. While RCP 8.5 is indeed an unhappy scenario, in the short term global warming is in fact a net benefit, particularly to people in Canada and other places in the world that would benefit from lower heating costs, a better climate for agriculture, and other advantages of warming. A study by Moody’s in 2019, for example, projected that under the RCP 8.5 scenario, by the year 2048 real GDP in Canada would be 0.31 per cent higher than under its baseline scenario.

Touch the federal government’s climate report where you will, and there’s everywhere embellishment of both the current and future net costs of global warming. The stated intention of the report, to quote John Wilkinson, federal minister of natural resources, “is to ensure Canadians have access to credible, evidence-based information, information that will go on to inform their choices as well as our own as we develop Canada’s first National Adaptation Strategy.”

However, by promoting unrealistic scenarios and catastrophic predictions, its likely effect—and perhaps the unstated intention as well—is to stir up climate alarmism in the public and drum up political support for the government’s ambitions to expand its economic control through unjustifiably costly climate policies.