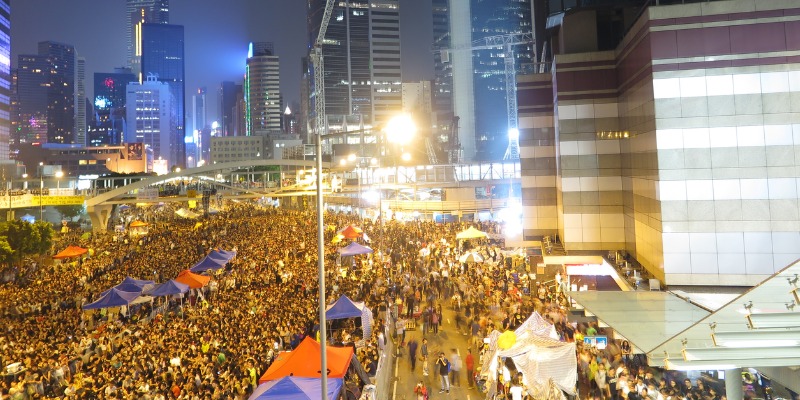 The people of Hong Kong deserve to have their descent into tyranny recorded. At least one international index has expunged Hong Kong from its rolls but the Economic Freedom of the World Index, by Canada’s Fraser Institute, and the Human Freedom Index, co-published with the U.S.-based Cato Institute, will not abandon Hong Kong.

History, too, deserves a record of the Chinese Communist Party’s (CCP) suppression of rights and freedoms in Hong Kong, once arguably the freest place on the planet. Lessons from history are important.

Measurement helps clarify the world. A range of international indices create valuable information on the human condition by comparing like to like. They are even more valuable when tracking fast-moving and fundamental changes, as sadly for Hong Kong.

Yet, the U.S.-based Heritage Foundation’s 2021 Index of Economic Freedom has dropped Hong Kong and created a new rule to do this. “The Index this year measures economic freedom only in independent countries where governments exercise sovereign control of economic policies. Hong Kong and Macau are thus no longer included in the Index.”

But this is an index of economic freedom, not an index of who rules whom. Would an education index refuse to measure the number of students in secondary education because it didn’t like who set policy?

The new rule flies in the face of past practice. International indexes, including Heritage’s, happily included Hong Kong’s when its policies were set by a London-appointed governor with monarchical power. They didn’t pause measuring Lebanon when it was under Syrian control.

One can quibble and make fine distinctions, but the bottom line remains—an economic freedom index is supposed to measure freedom, not who sets the rules.

This importance of measurement is broader. If data were available, the Fraser Institute and many other organizations would extend measurement of economic freedom and other indicators to the sub-national level, regardless of who sets the rules. This would be particularly valuable for China. Doubtless, Xinjiang, home of the Uyghurs, is less free than Guangdong, next door to Hong Kong, even though both provinces are controlled by Beijing. Knowledge of the levels would open new insights into the current state of China; sadly, the data don’t exist.

Heritage admits Hong Kong enjoys “economic policies that in many respects offer their citizens more economic freedom than is available to the average citizen of China.” So why not measure it?

Millions of people in Hong Kong will attempt to preserve as best they can their remaining freedom, but Heritage accepts CCP’s one state/one system for Hong Kong, saying “developments in Hong Kong or Macau that are relevant to economic freedom will be considered in the context of China’s evaluation in the Index.” The CCP couldn’t have said it better.

Why exclude Hong Kong? Perhaps, public relations to avoid rating Hong Kong highly. The Fraser Institute index got pushback for rating Hong Kong in first in the 2020 economic freedom index (based on 2018 data) the most recent comprehensive data. That shouldn’t deter measurement.

Hong Kong will again be at or near the top of economic freedom in 2021, based on 2019 data. The CCP wants to maintain Hong Kong’s economic success and will avoid undermining economic freedom, except where it threatens the regime. Hong Kong will decline more in the broader Human Freedom Index but not all at once. Hong Kong censors and other officials, through temperament and culture, will have a lighter hand than their Beijing counterparts. The gap will narrow over time—and we’ll be measuring it.

The Fraser Institute led the way in defining economic freedom and principles of measurement, beginning with a series of Liberty Fund seminars in the mid-1980s, led by one of us, Michael Walker, then-Fraser executive director, and Milton and Rose Friedman and involving 60 of the world’s top scholars including three Nobel Laureates.

The Fraser index first appeared in the mid-1990s, backdated to 1970. Hong Kong was number one from the start. As the reins tighten on Hong Kong, let’s remember the miracle,

That’s from an international petition in solidarity with the people of Hong Kong, initiated by the Fraser Institute last year and co-signed by institutes in 39 countries. We will not abandon Hong Kong and hope that international organizations will continue to measure freedom and other important markers of the human condition wherever that data are available, whether the results are popular or not.