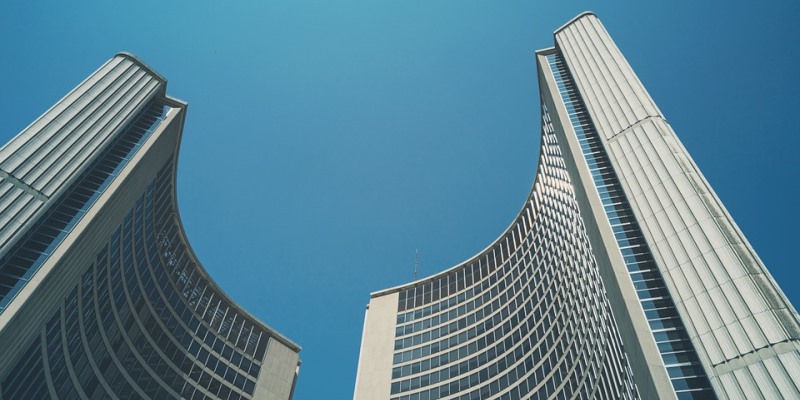 As part of its broader effort to rein in spending, the Ford government has planned future funding cuts for various local services (Toronto Public Health, paramedic services and children’s services) and cancelled a planned hike in Toronto’s share of gas tax revenue—amounting to hundreds of millions of dollars, according to the city. As a result, some inhabitants of city hall in Toronto—including Mayor Tory—are not happy.

On the one hand is a provincial government seeking to balance its books after years of fiscal trouble, while on the other is Canada’s largest city seeking to deliver services to residents. And in between, there are Torontonians who pay taxes to both levels of government and expect services in return.

To help Torontonians and other Ontarians better understand this dynamic, a recent study by the Fraser Institute compares total government spending and revenue from 2009 to 2016 across 26 municipalities in the Greater Toronto and Hamilton Area (GTHA).

Here’s what we found. On the spending side, Toronto topped the region at $4,010 per person (compared to a regional average of $3,294) in 2016. Many factors drive this comparatively high number, notably transportation spending ($1,151 per person), which includes the Toronto Transit Commission and the city’s municipally-owned freeways—all of which play a regionally significant role. Toronto is also one of only three GTHA municipalities dedicating more than 50 per cent of spending to employee salaries and benefits (alongside Pickering and Whitby).

Now, whether city hall spending is too “high” or too “low” is ultimately for Torontonians to decide, based on what they pay in taxes and fees and what they get in return. However, this decision is complicated by the ambiguity surrounding who funds and/or delivers services—the city or the province—and who should be held responsible.

And there are many more examples of overlap between provincial and municipal jurisdictions including funding for Toronto Public Health, one of the services at the heart of the current Ford/Tory row. It’s little surprise, therefore, that Torontonians might wonder why spending decisions made in Queen’s Park warrant such strong responses from city hall.

There are competing interests and competing views about government spending at any level. But clearly, the recent war of words between the Ontario and Toronto governments underscores the need for greater clarity on the state of municipal finances and greater accountability on behalf of policymakers and jurisdictions.