Freedom at stake in the Stans 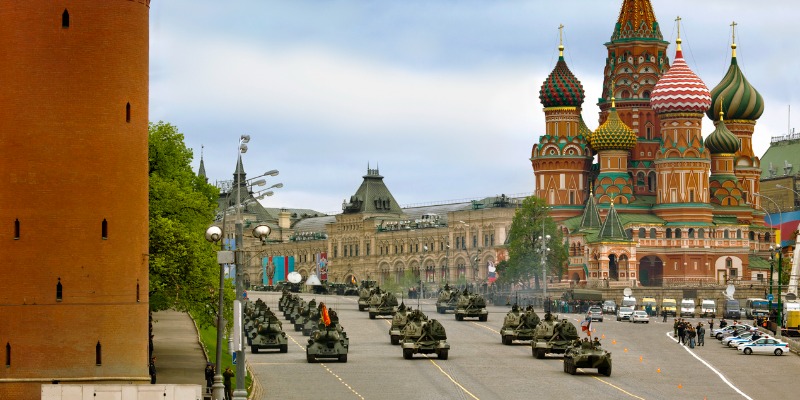 International events are linked in complicated ways. Taiwan’s future may lie in Ukraine, whose own future may be determined in Kazakhstan.

All three are under threat. Russia has intervened in Kazakhstan and built up forces on the Ukraine border. The Chinese Communist Party (CCP) has intensified its threat to invade Taiwan. Supreme leader Xi Jinping has made it clear the CCP will have its way with Taiwan and has the physical prowess to do so.

Russia’s claims on Ukraine and China’s on Taiwan are similar, though with significant historical differences. Both contend the smaller country is a breakaway part of the motherland. Both threaten military action to “restore” the nation.

How could Ukraine developments affect the CCP’s designs on Taiwan? Here are some scenarios.

Russia invades Ukraine yet again, adds to its 2014 landgrab of Crimea and parts of eastern Ukraine, scores easy victories, and suffers few consequences. If this happens, CCP warships would fuel up and stock armaments. The CCP would take this as a lesson that a huge modern force can quickly overwhelm a smaller adversary and that the world will not stand up.

Next scenario. Russian troops bog down and heroic defenders inflict serious damage. Fearing a similar result in Taiwan, the CCP might reconsider the ease of invasion and pause longer than it might otherwise.

Or, say, regardless of whether the invasion succeeds, the international reaction is furious and effective, leading to economic hardship in Russia and discontent that threatens the regime. If the invasion gets bloody and bogged down, popular revulsion with Russian soldiers coming home in body bags would magnify discontent. If this weakened or led to the fall of Russian strongman Vladimir Putin, redlights would be flashing in Beijing.

Nothing is more important to the CCP than survival and power. The CCP has broader and more effective control over its population than Putin. But if the world effectively stands up to Putin, paranoia and fear of the same for the CCP might force Xi to push Taiwan “reunification”—Taiwan has never been part of China—to the back burner where it has been for most of the CCP’s reign.

However, perhaps the CCP will not have a real-life invasion of Ukraine from which to learn. Unrest and violence in Kazakhstan took the world and Putin by surprise. Putin has deployed thousands of Russian troops to Kazakhstan to protect its fragile dictatorship.

One lesson Putin (and the CPP) might take from the fall of the Soviet Union is that it had overextended itself and the strain and cost of restive regions took a toll that may not have caused the fall but at least contributed to it.

Kazakhstan is the size of Western Europe. Its border with Russia is the second longest in the world, 7,644 kilometres compared to 8,893 kilometres between Canada and the United States. Three-quarters of the population is Muslim and Russia has big problems with its own Muslim regions.

Revolt in Kazakhstan threatens Russia and could spill over the border. Suppression could be costly. Unrest is growing in the other Stans—Uzbekistan, Turkmenistan, Tajikistan and even the once stable Kyrgyzstan. All were under Soviet domination, are part of the Russia’s Collective Security Treaty Organization, and though they don’t border Russia, their instability would increase trouble in the neighbourhood.

Then, there’s the 2020 defeat of Russian ally Armenia by the predominantly Muslim (though mostly tolerant) Azerbaijan, NATO’s planned build up in Europe, and lingering anger in Georgia about Russia’s 2008 annexation of South Ossetia and Abkhazia.

Now throw in Kazakhstan, its huge size and lengthy border, and even Putin might be deterred from an adventure in Ukraine. But flip the coin. If things go easy for Putin in Kazakhstan—and it looks like things have gone very easy for him—other leaders in the Stans will know who’s boss, magnifying Putin’s hubris.

Nothing is certain when dealing with a dictator whose whims change by the minute. But for free nations one thing should be certain—if Russia lops off more of Ukraine, the pushback must be furious. Freedom and self-determination are at stake not only in Ukraine but also Taiwan—and perhaps many other places.