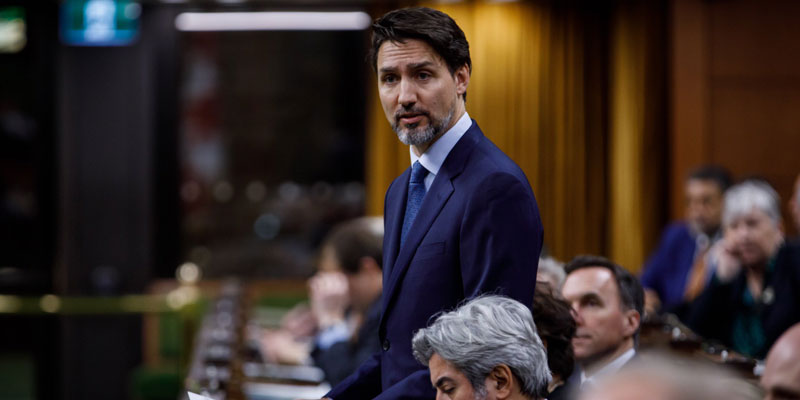 According to reports, the Trudeau government is considering a guaranteed annual income (or GAI) and may even introduce the idea in today’s throne speech. The basic concept is that the government sends cash transfers to Canadians to ensure a minimum level of income. This might sound like a good idea, but someone has to pay for the cash transfers. In assessing a GAI for Canada, particularly in light of COVID and the recession, it’s important to recognize the cost and consider the scale of tax increases necessary to pay for it.

Which is exactly what we did, using several straightforward cost models.

Our first model assumes that Old Age Security (OAS), which is essentially a basic income for seniors, is now paid to the country’s entire working-age population (aged 18 to 64) as a GAI. Canadians would receive a maximum cash transfer of $7,272 annually and the benefit would be reduced (or “clawed back”) at a rate of 15 per cent for individuals earning more than $77,580 in income. Put differently, the benefit is reduced by 15 cents for every dollar of income that exceeds $77,580.

Under this model, the GAI program would cost an estimated $131.9 billion each year. However, $7,272 is well below Canada’s poverty line. In other words, despite the substantial cost, the program would not lift all Canadians out of poverty.

Our second model assumes the federal government provides $24,000 in annual income to Canadians—the same monthly amount ($2,000) paid to CERB-eligible Canadians, extended over 12 months—to all working-age Canadians regardless of their income or other eligibility criteria. Under this model, a GAI program would cost an estimated $464.5 billion annually.

These are big numbers to wrap your head around, but its important to understand the implications. Under any form of GAI, Canadians must pay for this additional government spending in the form of taxes, imposed either today or tomorrow through borrowing. One popular sentiment is that tax hikes on the “wealthy” could pay for a GAI.

As such, a GAI program in Canada would likely require a host of tax increases, some of them massive, affecting Canadians across nearly every income level, and likely including hikes to the GST and personal income tax rates.

Finally, it’s worth noting that GAI proponents claim you could control costs by replacing the existing system of income supports at both the federal and provincial levels (that would include programs such as the Canada Pension Plan, employment insurance, the Canada Child Benefit and many other benefits). But this would require extensive coordination between multiple levels of government; an impractical and unlikely proposition.

As the old saying goes, there’s no such thing as a free lunch. Aside from the other potential problems, which include the danger of disincentivizing work, Canadians must understand the cost and subsequent tax implications of a guaranteed annual income program—namely, a host of costly tax hikes.