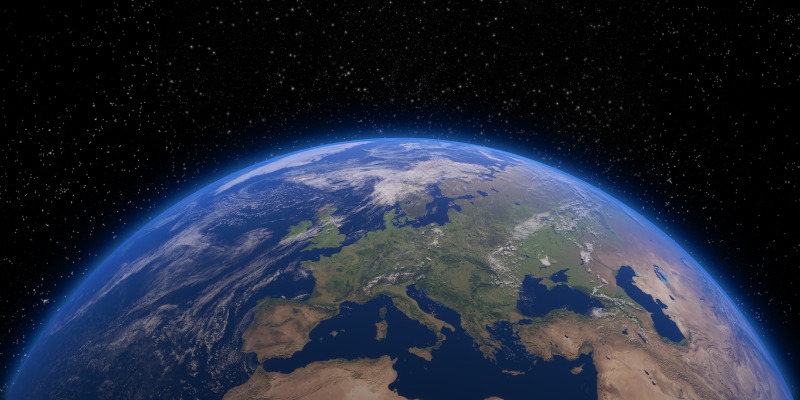 The first report from the Intergovernmental Panel on Climate Change (IPCC) on the science of climate change was released in 1990. The most recent one released two weeks ago, the 6th Assessment Report (“AR6”), thus marks more than 30 years of operations. I’ve been an expert reviewer for both the physical science and social science working groups since the Fourth Assessment Report (AR4), which first went out for review in August 2005. I’ve criticized the IPCC in the past for being obtuse when it comes to reporting findings that go against their preferred narrative. I can illustrate the longstanding nature of this problem by explaining the history of a single sentence in the AR6.

The sentence reads: “No recent literature has emerged to alter the AR5 finding that it is unlikely that any uncorrected effects from urbanization, or from changes in land use or land cover, have raised global Land Surface Air Temperature (LSAT) trends by more than 10 per cent, although larger signals have been identified in some specific regions, especially rapidly urbanizing areas such as eastern China.”

For clarity I removed some bracketed citations in the original sentence pointing to the Chinese studies, but no source is cited for the 10 per cent figure. Where does it come from?

The story begins in 1990, when Phil Jones of the University of East Anglia and a group of co-authors published a paper in Nature magazine examining urban and rural warming rates at sites in the United States, the western Soviet Union, Eastern China and Eastern Australia. For the period from 1930 to 1985 (though not all locations had data covering the entire period) they found sizeable urban-rural differences everywhere except Eastern Australia. Then, in an epic leap of speculation, they set those findings aside and said it is unlikely that urbanization could account for more than one-tenth of the observed warming elsewhere in the world.

That was the sum total of the analysis behind the 10 per cent claim. The IPCC cited that paper in the AR4 as support for its claim that urbanization accounts for no more than 10 per cent of observed warming. The researchers also claimed that no evidence had been published showing otherwise. In my comments I pointed out that the Jones et al paper, apart from being 15 years old, only speculated the 10 per cent figure while the results for regions they did study indicated higher bias rates. I also pointed out that two studies had been published, one co-authored by me and another co-authored by a pair of Dutch meteorologists, that estimated urbanization biases could account for much more—one-third to a half of observed global warming over land.

Alas, Phil Jones was the lead author of that chapter, and was unreceptive. One of the most notorious “Climategate” emails was Jones’ missive to Michael Mann in July 2004 boasting that he was determined to keep any mention of our papers out of the report “even if we have to redefine what the peer-review literature is!” In the end, after reviewer pressure, Jones did mention our findings but fabricated a claim that they weren’t statistically significant. Meanwhile he relied on his 1990 speculation as the basis for concluding that urbanization only biases the global trend by 10 per cent at most.

I spent the next few years rebutting Jones’ claim about my results being statistically insignificant, and finally in the AR5 the (new) chapter authors admitted (p. 189) that the AR4 (i.e. Jones) “provided no explicit evidence for this overall assessment result” and acknowledged that my various papers had “yielded significant evidence for such contamination of the record.” But nonetheless they took the surface temperature data at face value and added the summary statement that urbanization amounts to no more than a 10 per cent bias in the trend. This time they left out the reference to Jones’ 1990 paper.

Just after the deadline for inclusion in the AR5 (in 2013) I published another study showing the problem of urbanization bias was real but could not be detected using the tests the IPCC had been relying on. An IPCC lead author congratulated me but lamented they could not mention it—maybe next time.

Fast-forward to last year when I reviewed the AR6 chapter on temperature changes. Cleverly, they said “No recent literature has emerged” to challenge the AR5 position. I drew attention to my 2013 paper, but I guess that’s not what they meant by “recent” because they ignored it. I also critiqued their repetition of the 10 per cent claim and said that if they were going to reaffirm the AR5 conclusions, they had to quote them accurately, including the finding that significant contamination of the surface temperature record has been demonstrated.

Alas, they too were not receptive, and no changes were made to that section. I don’t know if the current IPCC authors or other reviewers even know where the 10 per cent number came from anymore, they now just carry it forward report after report as if it’s an empirical finding.

It should come as no surprise that powerful bureaucracies—as the IPCC has become—get stuck on foregone conclusions. We’ve seen that often enough with military assessments. And once the process kicks in, critical voices eventually give up the futile effort to be heard, making it a self-reinforcing loop. The resulting bias is, unfortunately, typically much greater than 10 per cent.