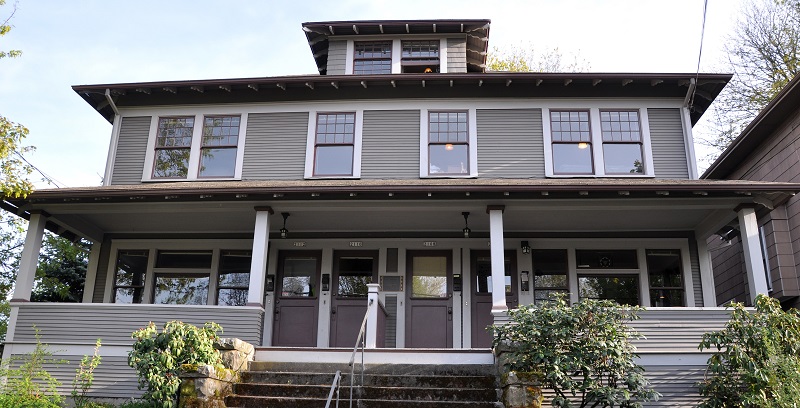 Rising housing prices have become a defining issue for many large U.S. coastal cities such as New York, Boston, San Francisco and Los Angeles, which all have experienced double-digit price growth since the Great Recession. As highly-educated workers chase lucrative jobs in tech or finance, for example, some existing or would-be residents have been left out in the cold. But this isn’t an inevitable consequence of economic growth. Rather, it’s the result of restrictive housing and land-use policies inflating housing costs. For solutions, America’s “superstar” cities should look to the Midwest, where a quiet revolution in housing policy is taking place.

The root cause of deteriorating affordability in the big coastal metros is pretty straightforward: the supply of housing isn’t keeping up with demand. When there are more would-be buyers or renters in these markets than homes available to buy or rent, scarce housing units go to the highest bidders, pushing up prices and rents. In these cities, housing looks increasingly like a zero-sum game, where one person wins only by (inadvertently) causing another person to lose. Hence the tension between newcomers and existing residents.

And there are other costs. Though a potential boon to existing homeowners who enjoy rising property values, high housing costs can hurt labor markets. Workers eyeing booming cities such as New York or San Francisco might not be able to justify paying significantly more than $2,000 a month for a small one-bedroom apartment. This is bad news for workers and their families, and the economy at large.

One might assume that the luminaries in Silicon Valley or Manhattan would lead the way in tackling these housing challenges. But that’s not the case. In fact, the most innovative cities in the fight for housing affordability are far from the shadows of New York and the Bay Area.

First and foremost is Minneapolis, which recently published its comprehensive plan outlining a vision for the city’s growth including loosening zoning restrictions in predominantly single-family housing neighborhoods, allowing up to three units on every lot. By essentially tripling the number of homes allowed on these properties—which cover the lion’s share of the city’s land area—Minneapolis has set the stage for a more responsive housing supply, better able to meet the needs of current and future citizens.

Then there’s Grand Rapids, Michigan, which scrapped single-family zoning years ago. And even beyond the Midwest, in Oregon, state legislators are currently drafting proposals to relax single-family zoning to allow for duplexes, triplexes or possibly fourplexes. A trend towards zoning reform to address housing shortages is emerging—but again, not in the country’s largest, most expensive metro areas, but in smaller cities and states more willing to think outside the box.

Of course, zoning reform is no silver bullet; it’s only one groove in the key to unlock the housing supply. Cities can also eliminate minimum parking requirements, for example, to make land less scarce.

Currently, most U.S. cities require land developers to provide a minimum number of off-street parking spaces for every housing unit they build. Not only are these spaces costly to builders, owners and renters, but they often eat up a lot of land.

Now there’s nothing wrong with parking in and of itself. But it’s not clear why parking should come at the expense of more homes, or how government knows exactly how much parking should be provided. Individual homebuyers and renters should decide that for themselves. Here too, smaller cities lead the charge against onerous or unnecessary regulations. In 2017 Buffalo, New York became the first U.S. city to eliminate minimum parking requirements citywide. And Cincinnati introduced similar (though less far-reaching) reforms last year.

And all cities can do more, from streamlining the building permit approval process to allowing a greater mix of land uses in commercial districts. But it’s encouraging to see cities across the country respond creatively to housing market pressures.

Clearly, on the housing front, a growing group of smaller cities—not the country’s coastal metropolises—are taking bold steps towards affordability and pioneering solutions to what’s traditionally been a big-city problem. For the best glimpses of tomorrow’s housing and land-use policies, look to middle America—not the coasts.