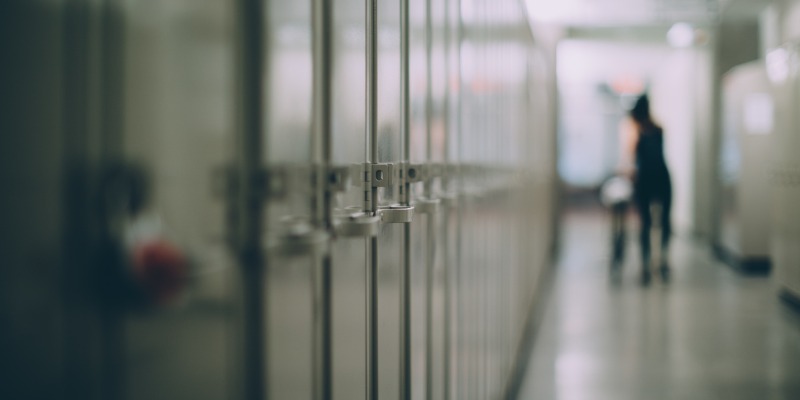 How much academic learning happens when you feel unsafe? If you are like most people, the answer is “not much.”

Given this fact, there’s likely not much learning going on right now at York Memorial Collegiate Institute. This Toronto high school has been plagued with multiple incidents of violence over the last few months. Violent assaults, drug deals, near-daily fights and verbal harassment have become part of everyday life for both students and staff. Things got so bad that 14 staff members recently refused to go to work, citing unsafe working conditions. Three of them even expressed concern about being included on a “jump list” (a list of people targeted for attack) allegedly being circulated by students.

Obviously, York Memorial is an extreme case. However, it’s far from the only school where students and teachers feel unsafe. Saunders Secondary School in London, Ontario, has also gained a reputation for ongoing violence where students regularly challenge teachers to fistfights. Again, violence is usually not this extreme in most schools, but students and teachers across Canada often feel unsafe during the school day.

Why? Because many school administrators adopt lax disciplinary policies that keep consequences for misbehaviour as light as possible. For example, the education director for the Thames Valley District School Board (which includes Saunders Secondary School) wants to reduce the number of student suspensions and focus instead on “responsive, equitable, and restorative practices.” As a result, little is done to discipline misbehaving students.

Unfortunately, the Toronto District School Board’s director of education has a similarly myopic view. In her latest report, the director pledged to take “an intersectional perspective which aims to eliminate disproportionate outcomes for students.” This type of woke bafflegab is the last thing students need right now.

To make matters worse, Toronto school trustees recently ruled out reviving their defunct School Resource Officer program, which means that unless school administrators call the police to report a crime, York Memorial—home of the “jump list”—will have no police presence in the school.

Clearly, in some schools, the situation is out of control, thanks in part to school board policy. But if school administrators cannot make their schools safe, parents and students will soon be looking for other options. Unfortunately, for many Ontario parents, the education options are limited because Ontario is one of five provinces that still refuses to allow public money (i.e. taxpayer money) to follow the student. Consequently, if a student transfers out of a public school and enrolls in an independent school, his or her parents must cover the full cost of tuition—in addition to paying their regular school taxes.

In essence, these parents pay twice for their children’s education; once to the district that failed them and once to the independent school that educates their child, which means independent schools in Ontario are largely the purview of upper-middle- and upper-income households. This needs to change. At the very least, every province should make it easier for parents to enroll their children in schools that are safe and provide a better education. All parents should be able to choose the right school for their children, not just those who are wealthy.

And if Ontario injects more choice into the public school system by having the money follow the child, complacent administrators and trustees may finally listen to the concerns of parents and instill more discipline and common sense into the province’s public schools, which are making headlines for all the wrong reasons.

In the meantime, school trustees should think more seriously about who they hire for key administrative roles. Far too many school administrators espouse woke ideology that promotes a lax disciplinary approach and divisive curriculum. Schools plagued by violence need a significant change in direction. Keeping students and teachers safe in school is an absolute must. Anything less is a failure.