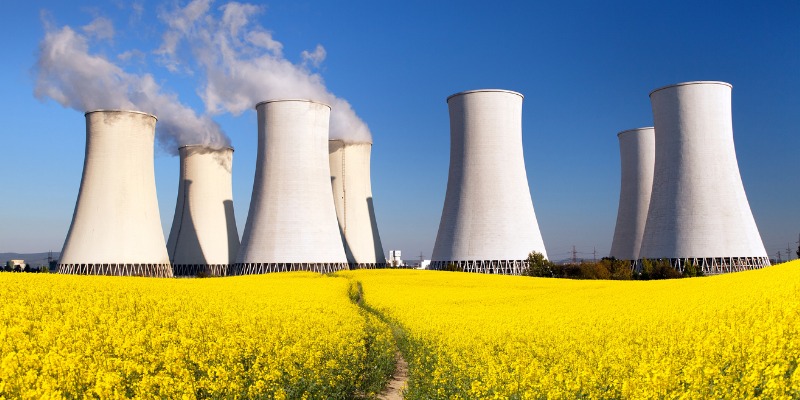 Premier Jason Kenney recently announced that Alberta would sign on to a “collaboration memorandum of understanding” on nuclear power, which had been endorsed in December by the governments of New Brunswick, Ontario and Saskatchewan. Specifically, the memorandum is a non-binding document promoting the development of Small Modular Reactor (SMR) technology as the next generation in nuclear energy. Premier Kenney argued that SMR technology has the potential to deliver affordable energy to rural communities, promote economic growth and reduce carbon dioxide emissions. Such a sensible perspective stands in sharp contrast to U.S. politics where Alexandria Ocasio-Cortez’s “Green New Deal” roll-out explicitly dismissed nuclear as an energy source.

One of the awkward secrets of climate change policy debates is that commitments made under the Paris Agreement are woefully inadequate to achieve the UN goal of limiting global warming to two degrees Celsius, let alone the aspirational target of a 1.5°C ceiling. Using standard models and assumptions, even if every signatory to the Paris Agreement meets its pledge, the world by the year 2100 will have warmed 2.8°C.

The reason for this mismatch between abstract goals and actual policy trajectories is that aggressive cuts in greenhouse gas emissions will be economically painful. After all, the world relies on fossil fuels for the majority of its power generation and transportation because these energy sources are very robust. Wind and solar continue to make improvements, but are still practical only in certain regions and always suffer from intermittency, thus requiring backup generation from other sources. In short, even in areas with lots of sunshine and/or wind, there’s always night and the wind won’t always blow.

In this context, one might suppose that the loudest climate alarmists—the ones warning that the fate of humanity itself is at stake—would be overjoyed at the option of nuclear, a proven dispatchable energy source that emits zero greenhouse gases. And yet, very few climate activists tout nuclear. For example, the original fact sheet on the “Green New Deal” said a “Green New Deal is a massive investment in renewable energy production and would not include creating new nuclear plants… It’s unclear if we will be able to decommission every nuclear plant within 10 years, but the plan is to transition off of nuclear and all fossil fuels as soon as possible.” (Presumably in reaction to the ensuing controversy, the passage disappeared from later versions of the document.)

Ideally, government officials shouldn’t pick winners or losers in the energy sector. Just as it would be wrong for a United States congresswoman to deliberately phase out nuclear, it would likewise interfere with market forces if Canadian provinces gave nuclear special advantages. Premier Kenney struck the right balance in his remarks, declaring that the memorandum “ensures that we have the appropriate regulatory framework in place, should private industry decide to pursue [SMR technology] in the future.”

We don’t know yet whether the Small Modular Reactor approach to nuclear power will be sufficiently safe and cost-effective. But given its promise of delivering affordable energy to remote areas with zero greenhouse gas emissions, a coordinated provincial movement to facilitate the option is just good commonsense, which Canadians seem to enjoy more than their southern neighbours.