Ontario government should target wages and benefits of government employees 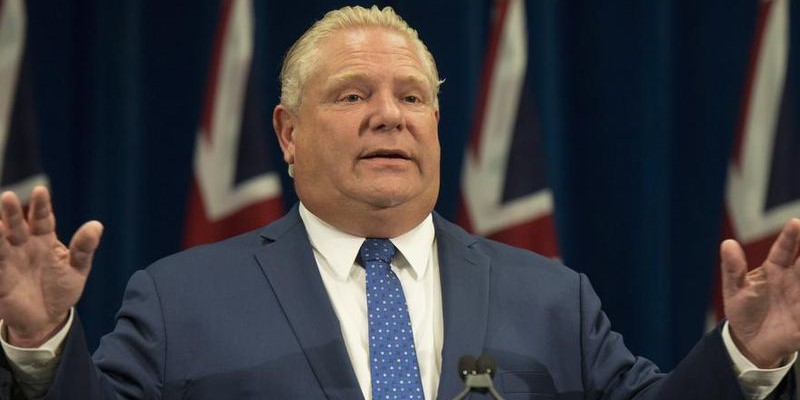 There’s good news for Ontario government finances. According to the province’s latest fiscal report, Ontario has moved from a projected $33.1 billion budget deficit to a $2.1 billion surplus in fiscal year 2021/22.

But there’s a catch. Ontario’s improved fiscal position is due almost entirely to a significant jump in revenue rather than any spending restraint by the Ford government. Indeed, total revenues increased by more than 20 per cent compared to previous estimates.

Specifically, the surge in revenue reflects a sharp increase in personal income taxes and business taxes as the economy recovered from the pandemic, and additional sales taxes paid by Ontarians due to higher-than-anticipated inflation. Put simply, supply chain disruptions, COVID, the war in Ukraine and other factors raised prices for goods and services, which increases the amount of taxes Ontarians pay when purchasing them.

Although the Ford government says the surplus will go towards debt repayment in the near-term, the improved fiscal situation will likely increase pressure on the government to increase spending. For example, high levels of inflation have prompted calls for public-sector wage hikes.

But recording one surplus does not fix the province’s long-standing fiscal issues. Ontario’s spending levels remain elevated compared to pre-COVID levels and the Ford government did little to control spending before or during the pandemic. In fact, despite constant criticism of the Wynne government’s fiscal management while in Opposition, Ford’s PCs have largely followed the same spending trajectory as Wynne and racked up debt at much the same rate.

So in reality, a surplus for one or two fiscal years, while encouraging, represents a blip on the radar rather than a long-term trend. If the Ford government continues to markedly increase spending, it’s unlikely that revenues will keep pace, meaning the province will return to large deficits. All else equal, this will mean higher debt interest payments paid by Ontario taxpayers. And every dollar spent financing the provincial debt is a dollar unavailable for tax relief, services and programs for Ontarians.

Instead, the Ford government should look for opportunities to rein in spending. Which brings us back to public-sector compensation.

A 2019 study found that Ontario’s government-sector workers (federal, provincial and local) enjoy a 10.3 per cent wage premium (on average) over their private-sector counterparts (the analysis controls for factors such as age, gender, education, tenure, experience and type of work). The Ford government should move to more closely link the wages and benefits of government employees to similar positions in the private sector. Indeed, that would be an important step towards preventing large deficits in the future.

Running one surplus is a good start for Ontario, but if the Ford government fails to restrain spending, it will likely turn back to deficits. Ensuring provincial finances are sustainable over the long-term will require prudence, discipline and decisiveness at Queen’s Park.