Ottawa and others provide comfort for Cuban regime 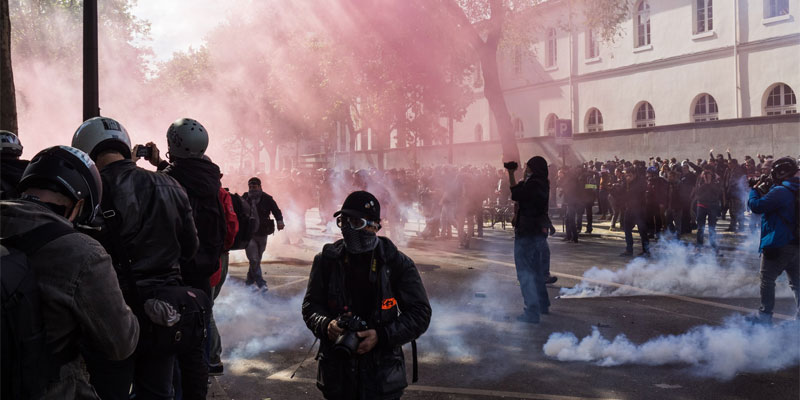 Long before the current protests in Cuba, the Cuban people’s distaste for their dictatorship showed as many shifted from the old revolutionary slogan “Hasta la victoria siempre” (on to victory, always) to “Hasta cuándo?” (how much longer).

The protests are a moment of hope and foreboding. Since the mid-1990s, not one protest movement has replaced a repressive dictatorship with a stable democracy, with the interesting exception of Tunisia. And many high-profile groups, Canadian included if the past is any guide, will jump to the defense of the Cuban regime.

Tyrants of all stripes have learnt their power can endure if they don’t mind massacring their people. Regimes, which once accepted conventional wisdom that violence ferments more opposition, are now unrestrained, bolstered by the success of blood suppression in Myanmar, Syria, Belarus, Venezuela, Iran and others.

The Internet was shut in Cuba, but reports of regime brutality have emerged. President Miguel Diaz-Canel has none-too-subtly demanded violence against protesters, asking “all the revolutionaries of the country, all the communists, to take to the streets.” Former vice-president Ramiro Valdes called protestors “delinquents in the service of empire, carrying out the instructions given by their owners.”

Ottawa has taken a “good people on both sides” approach. Global Affairs Canada, the federal department responsible for foreign relations, released a statement encouraging “all parties involved in the crisis to engage in peaceful and inclusive dialogue." No condemnation of violent suppression and decades of dictatorship. This is a pattern. When Fidel Castro died in 2016, Prime Minister Trudeau hailed him as a “legendary revolutionary and orator” and praised his “significant improvements to the education and health care of his island nation.” Again, no mention of human rights.

In contrast, U.S. President Joe Biden announced his support for people of Cuba. “We stand with the Cuban people and their clarion call for freedom and relief from… decades of repression and economic suffering to which they have been subjected by Cuba’s authoritarian regime.”

Canadians have been too ready to side with authoritarian regimes. Just a couple years ago, a slew of activist groups and Canada’s biggest unions including the Canadian Union of Public Employees, Unifor and the Canadian Labour Congress rose up to defend the “duly elected” Venezuelan President Nicolás Maduro.

Never mind that Maduro was not “duly elected,” was murdering, imprisoning and torturing protesters, and that his kleptomaniac regime created famine, medical shortages and one of the world’s greatest refugee and humanitarian crisis as millions fled his dictatorship. Corrupt elites pocketed billions while people starved. The daughter of former dictator Hugo Chavez, for example, is worth more than $2 billion and Marduro’s relatives are famous for foreign luxury spending sprees.

If Canada’s activists and unions can support the murderous corrupt Marduro, what’s not to like about the successors of Fidel Castro? Many of the same unions and activist groups, including former foreign affairs minister Lloyd Axworthy, bizarrely demanded Cuba receive the 2021 Nobel Peace Prize for its COVID aid to poor nations, which “eclipses all other front-line efforts from industrialized nations,” according to the Council of Canadians.

Again, never mind that the ruling elite used Cuban medical squads for profit and hard currency, that at home Cubans suffer severe shortages of food and common drugs, and that the neglect of COVID in Cuba—better to get international recognition and dollars than protect Cubans and feed them—led to the deadly surge now gripping the island.

The Cuban dictatorship, other authoritarian regimes and their western friends will blame the U.S. embargo for food and medicine shortages, though both are mostly exempt from the embargo. Besides, if global capitalism enslaves and impoverishes, Cubans should be prosperous, free and celebrating the embargo.

Instead, the Cuban regime impoverishes and enslaves Cubans. The island is one of the most fertile places on Earth. The word “Cuba” likely comes from the Spanish “cubao” meaning “fertile land.” But the regime can’t feed its own people, importing two-thirds of the food supply.

Brutal times may lie ahead for the people of Cuba. Castro apologists will provide excuses and support the regime. But those who recognize freedom will stand with the people of Cuba (and Venezuela) and demand democratic governments do the same and provide whatever support they can.

If recent history is a guide, the outlook may be bleak, but that’s the least we can do while countering with facts tyranny’s defenders who comfort the regime and weaken the international response.