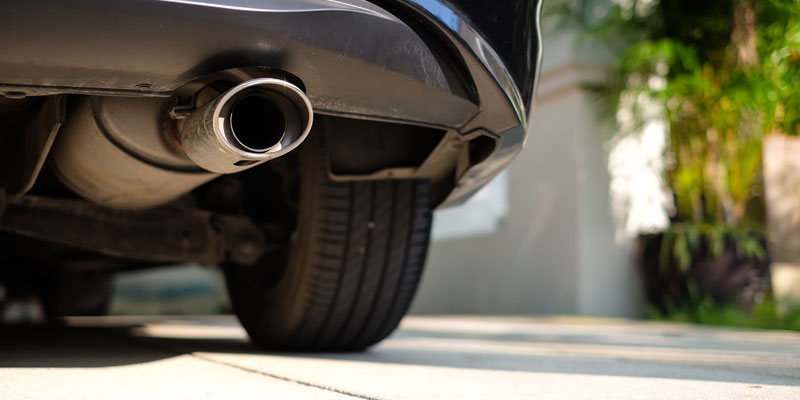 How clean is your bathroom? It could be cleaner, couldn’t it? Even if you think it’s very clean, a team of microbiologists with microscopes and laboratory probes could probably find a lot of nasty stuff. But does that mean you should spend time cleaning it again?

Purists might say yes, but the fact is you can’t spend every waking moment cleaning your bathroom. At a certain point you decide it’s clean enough, based on its appearance, your tolerance for germs, and the value of your time. You have other things to do. Beyond a certain point further cleaning is overkill.

We apply the same principle—balancing costs of further action against the benefits of risk reduction—everywhere in life, including in environmental policy. We all want a clean environment. We want less pollution in the air and water and we want better technologies so they release fewer harmful contaminants. How far should we go in pursuing these things? Until we find the point where further investments in emission-reduction yield benefits that are too small to justify the costs.

After that it’s overkill.

We typically get to that point long before emissions are at zero. Yet for some reason the discussion of climate policy has become focused on the goal of “net zero,” as if all greenhouse gas emission reductions are worth doing regardless of cost. But many aren’t. Many climate policies cost far more than the benefits they provide.

As a case in point consider the proposed federal Clean Fuel Standard (CFS), which would require all fossil fuels to be blended with biofuels and other lower-carbon sources to reduce (slightly) the amount of carbon dioxide released per unit of fuel consumed. If such reformulation were free that would be fine, as long as the fuel quality stayed the same. But it isn’t free.

As shown in a recent analysis by LFX Associates (which, full disclosure, I consulted on), even if we value reductions in carbon dioxide emissions at the maximum level in the current carbon-pricing schedule, the costs of emission cuts will be at least six times the benefits. In other words, for every dollar of environmental benefit from the CFS, we lose six dollars of income and wealth. It’s overkill.

It’s also redundant and inefficient. The purpose of the CFS is reduce carbon dioxide emissions from fuel use. But isn’t that what the carbon tax is supposed to do? Yes, and if fuel re-blending was an economically rational response to the carbon tax, it would happen automatically. The fact that the government is forcing it through regulation means it’s not cost-effective. Forcing industry to do it anyway destroys the efficiency of the carbon tax.

It should be noted that Canadians already make clean use of fuels, in regards to local air pollutants. Gasoline is blended to remove most of the sulphur and all of the lead, and our cars have efficient engines and catalytic converters that eliminate most conventional tailpipe pollutants. Over the past 20 years we have increased total vehicle-miles travelled on Canadian roads by about 25 per cent, yet tailpipe emissions of nitrogen oxides, particulates and carbon monoxide have fallen by more than half.

Nor is the CFS particularly effective in the context of the decision to sharply increase the Canadian population. Canada has chosen immigration targets that will guarantee rising fuel use every year. According to the LFX analysis, a few years of economic growth will be enough to fully offset any effects of the CFS, leaving us back where we started, only poorer.

The CFS is driven by unthinking adherence to a net-zero mantra that says all emissions must be eliminated regardless of the cost. And you can’t rationally defend such a policy by arguing that the losses will merely be bad, but not catastrophic. The underlying net-zero principle must in the end lead to economic catastrophe and the time to reject it is now, before the costs mount further.

We avoid overkill in every other area of life because it’s paralyzing. If you pick one form of risk and obsess on eliminating it, you end up with the world’s cleanest bathroom while everything else in your life falls apart from neglect. The cost of obsessing on net-zero emissions is all the other public priorities that will go unfunded because we keep imposing additional environmental policies that cost more than they are worth.

The Hand of Government in the Intergovernmental Panel on Climate Change Jason S. Johnston
CO2 is CO2 is CO2— the Implications for Emissions Caps William Watson
Ottawa’s ‘net-zero’ mission will cause widespread economic and social harm Kenneth P. Green
Natural resources comprise more than half of Canada’s exports compared to 1% for ‘clean tech’ Jock Finlayson