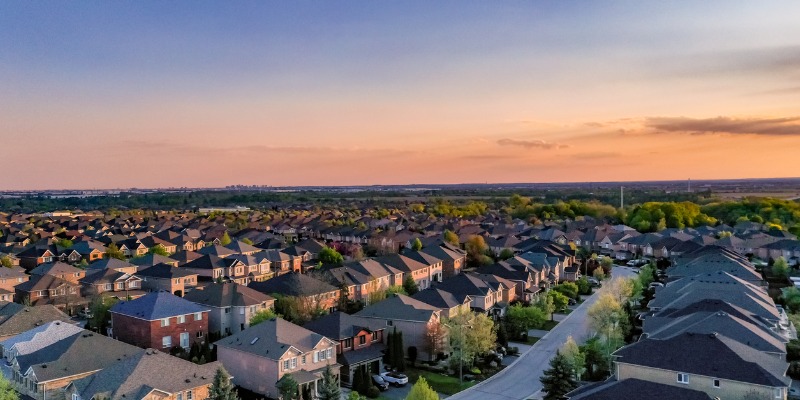 The Trudeau government wants Canada to achieve “net-zero” greenhouse gas (GHG) emissions by 2050. In plain English, that means the country can’t emit any more GHGs into the atmosphere than are taken out of the atmosphere. If that policy sounds like an absurd level of hubris about human abilities to control the environment, that’s because it is.

In any event, over the last two years the net-zero policy agenda has been driven into virtually every sector of the Canadian economy. We now have net-zero plans for the electricity sector, the oil and gas sector, the agricultural sector, the transportation sector, the manufacturing sector and the waste/plastics sector. And the government is also coming for the housing sector (also known as your house).

But a new report published by the C.D. Howe Institute finds that to meet the government’s net-zero housing goals, Canada would need to retrofit more than 400,000 dwellings per year to fully electrify all dwellings by 2050. And Canada’s interim 2030 targets demand even more aggressive action, requiring more than 500,000 retrofits per year. And the retrofits will not be cheap. According to the report, meeting the 2050 target could cost between $4.5 billion to $6.3 billion per year, the cost of building “two or three modern hospitals per year.” The average cost per home for retrofits are estimated at between $12,000 and $17,000. And still, the policy falls short: “Even in an extreme scenario where no new emitting buildings came on the market after 2022, emissions only fall by about 26 percent to 2030, still not enough to meet government targets.”

Of course, this is all for the environment’s sake. But in reality, zeroing out the GHG emissions of Canadian housing would have virtually no impact on climate. Follow along, it’s a (relatively) easy calculation.

Canada emits 1.5 per cent of global emissions. Canada’s housing is 6 per cent of that. Net-zero housing calls for a 42 per cent reduction in housing emissions by 2030. So, meeting that goal would yield a reduction of global GHG emissions of (0.015 x 0.06 x 0.42 = .00038) or 0.038 per cent. Using the climate model by the U.S. Environmental Protection Agency, which estimates the climate impact of emission reductions, Canada’s net-zeroing out housing emissions would prevent atmospheric warming of about 410 millionths of a degree Celsius by 2100. That is just about nothing. (As an aside, the government’s other net-zero initiatives would produce similar results.)

Canada’s net-zero housing-emission plan, like Canada’s other net-zero emission-reduction plans, make net-zero sense and will offer net-zero benefits for Canadians while inflicting massive economic harms across the Canadian economy, all for no measurable climate benefit. Governments, including in Ottawa, needs to scrap the net-Zero nonsense and move along before the policies inflict too much harm for the Canadian economy to bear.