Our green leaders hyperbolize while producing instability and rising costs 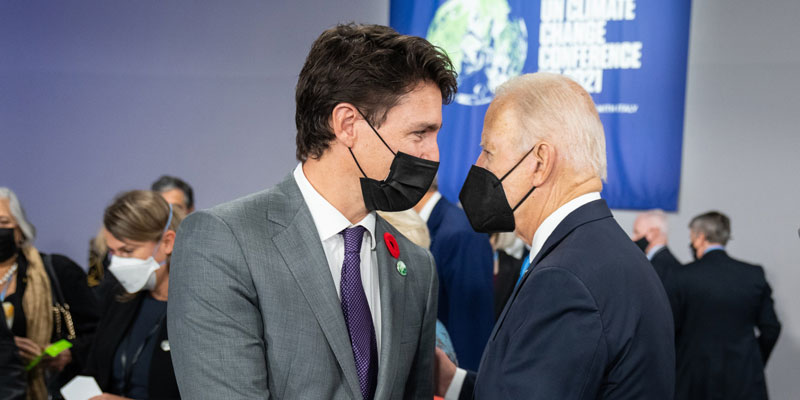 A video is going around showing President Biden nodding off to sleep during the opening speeches at COP26—the United Nation’s latest big climate conference. As the speaker, perhaps having just flown in on one of the 400 private jets that filled the Glasgow skies, pleaded for “action to stop the destruction of this magnificent planet” and warned this “conference is one of the most important meetings in history,” Biden shut his eyes and fell asleep. Personally, I’d have rolled my eyes, not shut them, but it comes to the same thing. The proper response to this sort of apocalyptic hyperbole is to tune it out, especially when it’s a replay of the same inane rhetoric of the previous 25 such meetings.

Biden’s nap was interrupted by an aide arriving to whisper something in his ear. Perhaps it was a reminder that OPEC rejected his plea to increase oil production, a request he might have renewed after all the gasoline he used cruising around Rome in an 85-car motorcade. Or maybe it was to explain that the White House’s pleas for increased output from the U.S. oil industry were at odds with the decision to cancel all those drilling permits, or to warn him that U.S. coal stockpiles are at a two-decade low and suppliers are already reporting being sold out through 2022, which will limit the power grid’s ability to offset the coming price shock from rising natural gas prices.

The idea that Biden might have spent his time at COP26 worrying how to boost fossil fuel supplies and try to prevent the energy crisis now gripping Europe and Asia from hitting the United States is not farfetched. The more unhinged their climate rhetoric gets the less likely they believe any of it.

For instance, our own prime minister and his radical Greenpeace activist-turned-environment minister have declared they will set a hard cap on oil and gas sector greenhouse gas emissions, which will then be ratcheted down aggressively in the years ahead. Which confirms that, despite all their claims, they never believed carbon taxes work. If they had they would know that with one of the most aggressive carbon-pricing systems in the world now in place, such a policy is unnecessary and will wreck what little efficiency remained in the carbon-pricing system after all the other ad hoc initiatives, including the Clean Fuel Standard, electric vehicle boondoggles and so forth.

Likewise, it shows they don’t believe in their immigration goals. Or maybe they do but they don’t yet see how they contradict their climate goals. Carbon dioxide emission growth is determined by the sum of population growth, income growth and changes in the emissions intensity of GDP. The latter goes down steadily each year at a rate largely determined by technological progress and the turnover rate of the capital stock. Income growth—GDP per person—goes up a per cent or two each year, or at least the government hopes it will. And population is set to grow more rapidly as immigration numbers are boosted. Taken together these goals imply carbon dioxide emissions will grow over the next decade—but the government says no, those have to fall dramatically.

OK, something’s got to give. Carbon dioxide emission cuts, income growth and population growth; you get to pick two of the three.

At the local level we have seen gullible city councils in Ontario parrot activist demands for a phase-out of natural gas in electricity production. We use gas to manage peak system demand because, unlike nuclear, hydro and renewables, it can reliably be ramped up and down on demand. Without that flexibility we would face the risk of grid instability, blackouts during times of peak demand and even higher system costs than we already pay. So why are city councils calling for a ban? Because they like virtue-signalling and they don’t care about the suffering that would be caused if their grandstanding were acted upon.

Fortunately, the Ontario government has rejected calls to ban gas generation. The Ford government swept to power on a promise to fix Ontario’s electricity mess and get rates down. Giving credit where it’s due, had they not stood up to the activists on this one, they could never again claim to be champions of businesses and working people. Give in to the greens on banning gas in electricity production, and you’ll have to cave on demands to ban gas everywhere else. Then goodbye affordable energy and what little industry Ontario still retains.

Globally, the governments who speak most plainly on the subject of climate are China and Russia, but unfortunately we don’t seem to be listening to them. By this time surely our governments must see that crushing Canada under an ever-growing burden of inefficient climate policies will, by every expert’s reckoning, do nothing to change the rate of accumulation of CO2 in the atmosphere over the coming century, but it will hasten the buildup of global political and economic power in Beijing.

It’s probably not the case that environmentalists dream of a future where the world is under the thumb of the Chinese Communist Party and its coal-powered Belt-and-Road network, but that’s what their irresponsible and radical activism is bringing about.

People talk about Joe Biden’s catnap at COP26 as if it was a diplomatic faux-pas. But personally, I wish our prime minister and other world leaders had slept through the whole thing.