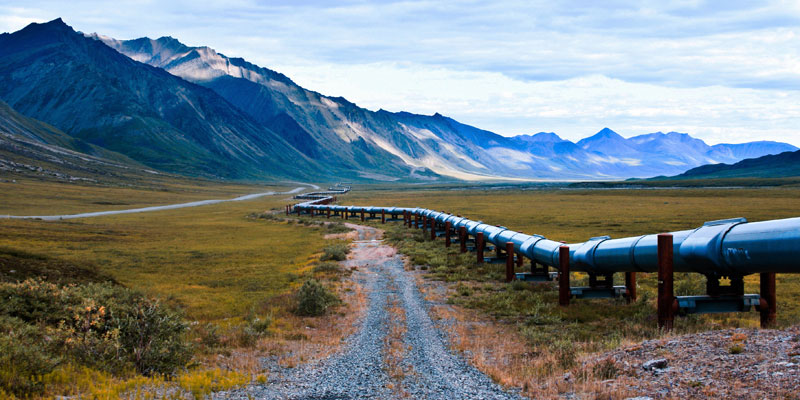 Democratic presidential candidate Joe Biden recently announced that, if elected, he would revoke permits allowing the expansion of the Keystone XL pipeline. While Keystone has been a focal point in environmental battles, in reality pipelines are mere tools that allow for the efficient movement of oil. If pipeline construction is delayed, it merely increases the transport via rail, possibly leading to more oil spills.

Although there are legitimate concerns regarding local property rights, the Keystone XL pipeline has been so controversial because of the debate over climate change. Many environmentalists oppose the development of Canadian oilsands, period. And hence seek to block the pipeline. In a post explaining its opposition, the U.S.-based National Resources Defense Council (NRDC) wrote, “Leading climate scientist and former NASA researcher James Hansen has warned that fully exploiting Canada’s tar sands reserves would mean ‘game over’ for our climate.”

However, the Keystone XL pipeline per se has little to do with climate change. If U.S. officials revoke permits and scuttle the project, it simply means Alberta’s oilsands product will be shipped to other export markets. Indeed, after Biden’s remarks, Jeff Kucharksi wrote in the Globe and Mail that Canadians should forget the United States and focus on building east-west pipelines. Referring to his new report for the Macdonald-Laurier Institute, Kucharski argues that Canadians should “adopt a strategic approach to exporting energy resources—one that would advance peace, security and our national interests in the… Indo-Pacific region.”

We can extend Kucharski’s analysis. Just as the Keystone XL pipeline is a red herring in the climate change debate (since these resources will be brought to market with or without Keystone), the same holds for pipelines themselves. Even if environmental activists succeed in legal challenges to other pipelines beyond Keystone, this would merely increase the demand to transport more oil within Canada via rail.

Rail costs two to three times as much per barrel to ship as pipelines, but even so, the industry has turned to rail when pipelines were not available. As Natural Resources Canada explains, “As production increases in Western Canada have outpaced increases in pipeline capacity, shipments of crude oil by rail have increased to fill the gap. Exports of crude oil by rail have more than doubled since the start of 2018… to 354 Mb/d in December 2018.”

Perversely, this substitution of rail capacity for pipeline capacity can be worse for the environment, depending on how we measure the damage. According to a report by the Fraser Institute, the chance of accidental release of oil when transported via rail (per million barrels transported) is two-and-a-half times as high as when transported via pipeline. On the other hand, a study by the U.S. Congressional Research Service found that when measured by barrels spilled per ton-mile of product delivered, rail had less leakage than pipeline. It’s important to note that over time, both rail and pipeline oil transport have become safer in absolute terms.

The established crude oil reserves in Canada are the third-highest on Earth, but some 96 per cent of these reserves are in the form of unconventional oilsands. The construction of additional pipelines allows for the relatively cheap and safe transport of this natural wealth to export markets. Battles over Keystone—or pipelines more generally—simply raise costs while doing little to help the environment.