Protectionism on the rise as NAFTA talks stall 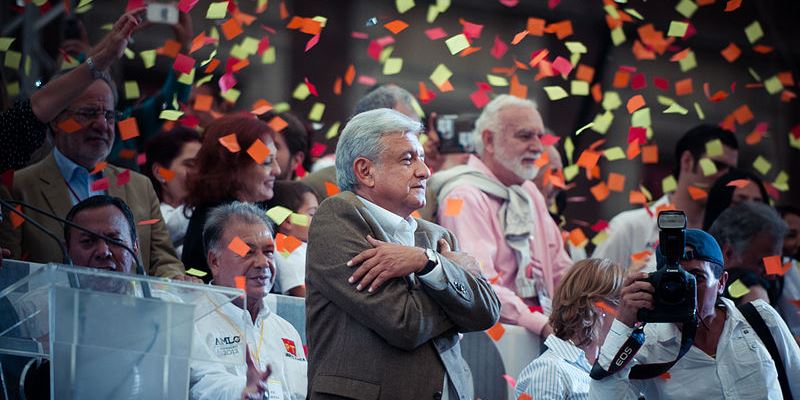 The contentious (and sometimes very public) NAFTA negotiations between the Trump administration, the Trudeau government and Mexico likely got more complicated with the recent election of Andres Manuel Lopez Obrador (known as AMLO, pictured above) as the new president of Mexico.

While AMLO says he wants a successful outcome to the NAFTA talks, he’s an outspoken critic of President Trump. He also has a political history as a populist who, like Trump, believes protecting jobs in industries challenged by international trade is a key responsibility of his presidential position. Given the priorities and personalities of the incoming Mexican president and the incumbent U.S. president, optimism about a successful outcome to the trilateral NAFTA negotiations seems a triumph of hope over realism.

Prime Minister Trudeau and his trade negotiators have made it clear that Canada prefers to negotiate a trilateral NAFTA as opposed to Canada (and Mexico) negotiating separate bilateral agreements with the United States. There’s some economic sense to this preference. Two separate agreements would leave the U.S. as the only North American country with free trade access to the entire continental market. Of course, Canada and Mexico could implement their own free trade arrangement. But if Canada signed separate bilateral trade agreements with the U.S. and Mexico, Canadian companies would likely face more complicated and costly rules of origin to obtain duty—free access to the U.S. and Mexican markets (to the extent that different rules govern the two different bilateral agreements).

There’s also a principle involved. The Trump administration has little use for multilateral agreements, including the WTO. President Trump and his advisors clearly believe the U.S. has more bargaining power when negotiating bilateral trade deals, while Canada has a long-standing interest in strong multilateral rules-based institutions. Ditching the trilateral negotiations to strike a separate deal with the U.S. would undermine Canada’s principled position in support of multilateralism. But again, the election of AMLO may make a trilateral agreement more difficult to reach, particularly if tensions over illegal immigration and the detention of people trying to cross from Mexico into the U.S. continue.

So, against the background of an increasingly fraught political relationship between the U.S. and Mexico, what should Canadian negotiators do?

In continuing to insist upon a trilateral agreement, Canada risks seeing the Trump administration walk away from the negotiations prior to the midterm Congressional elections in October, to solidify the support of American voters sympathetic to the president’s mercantilist view of trade relations and his anti-immigration stance.

On the other hand, abandoning the current trilateral negotiations to pursue a bilateral deal with the U.S. might be both premature and unprincipled.

In the age of Trump (which now includes, and may have promoted, the election of AMLO), there’s no simple answer to Canada’s negotiating dilemma. A pragmatic approach might involve Canada unilaterally implementing initiatives that enhance the likelihood of a successful bilateral trade agreement if the current trilateral NAFTA negotiations fail, while also making economic sense in their own right. The most obvious unilateral initiative in this regard is to terminate Canada’s agricultural supply management programs, which impose large costs on Canadian consumers, especially lower-income families who can less easily afford higher prices for milk, poultry and other staples.

While ending supply management would be politically challenging for the Trudeau government, particularly in farm-heavy parts of the country, financial compensation to farmers adversely affected would make the changes more palatable. And crucially, ending supply management would undercut one of President Trump’s main criticisms of the Canada/U.S. bilateral trade regime, while generating American support from an important voting constituency—the Midwestern farm belt—for a new bilateral trade agreement that would reduce, or even eliminate, Canada’s tariffs on agricultural products.