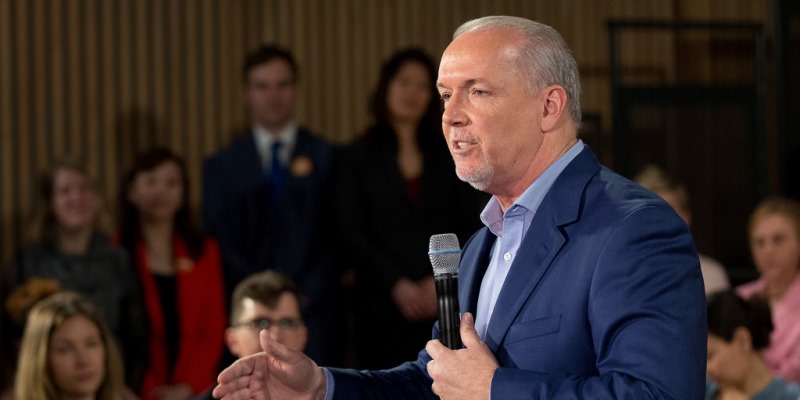 Across British Columbia, gas prices remain sky high, enraging commuters and prompting some British Columbians to cancel summer vacation plans. The higher prices at the pump have also stiffened opposition to the recent increase to the provincial carbon tax (although in reality, the tax hike is only responsible for a small portion of gas price increases).

Nevertheless, British Columbians should be concerned with the province’s overall tax situation and its worrisome implications. Across a broad range of taxes, B.C. simply isn’t competitive with many peer jurisdictions.

Consider this. Like all jurisdictions, B.C. must compete with other Canadian provinces, U.S. states and other countries for investment and talented people. When considering where to invest or move, tax policy isn’t the only consideration, but it’s an important one. Unfortunately, B.C.’s tax system includes some unattractive features that in recent years have gotten worse.

Perhaps B.C.’s biggest tax competitiveness problem stems from the design of its sales tax. In short, the sales tax design differs from designs in most other provinces in a way that increases the cost of doing business in the province. As a result, despite having a relatively low statutory corporate tax rate, the tax rate on new investment many businesses face (known as the Marginal Effective Tax Rate or METR) is the highest in Canada.

This became even more of a problem when the Trump administration enacted sweeping tax reform, which made the business tax regime in the United States more attractive for investment. So in addition to having the highest METR in Canada, B.C. must now also compete with U.S. states that have a much more competitive tax environment than before. Not surprisingly, B.C.’s harmful approach to business taxation has helped produce some disturbing economic statistics. For example, real business investment per worker (excluding residential investment) is substantially lower in B.C. than in the rest of Canada, with the gap widening in recent years.

So what can be done to reverse these trends?

The Horgan government should reduce the tax burden and make the province more attractive for talent and investment. Unfortunately, the government’s 2019 budget did nothing to improve tax competitiveness. Indeed, quite the opposite, the government has gone in exactly the wrong direction by raising—not reducing—a host of taxes since taking office in 2017.

The limits of space preclude a comprehensive list of harmful tax changes by this B.C. government, but a few are worth mentioning specifically. In January 2018, the government increased the general corporate income tax rate by one percentage point, making the previously discussed problem of business taxes even worse.

Also in 2018, the government significantly increased the province’s top personal income tax rate (B.C. now has the ninth highest income tax rate for entrepreneurs, professionals and business owners of all 60 U.S. states and Canadian provinces). Consequently, skilled workers in the top tax bracket now face a combined federal/provincial tax rate of 49.8 per cent. Compare this to a top rate of 37 per cent in neighbouring Washington State. Evidence shows that such a high tax rate discourages productive activities such as work, savings and investment, which B.C. needs more of—not less.

Taken together, all these tax hikes have made it more expensive to live and work in B.C. and diminished the province’s attractiveness for entrepreneurship, business investment and skilled professionals. There’s nothing new about B.C.’s tax competitiveness problem—it’s been a problem for a while. But it’s worrying that, instead of taking steps to fix this problem, the government in Victoria seems determined to make matters worse.