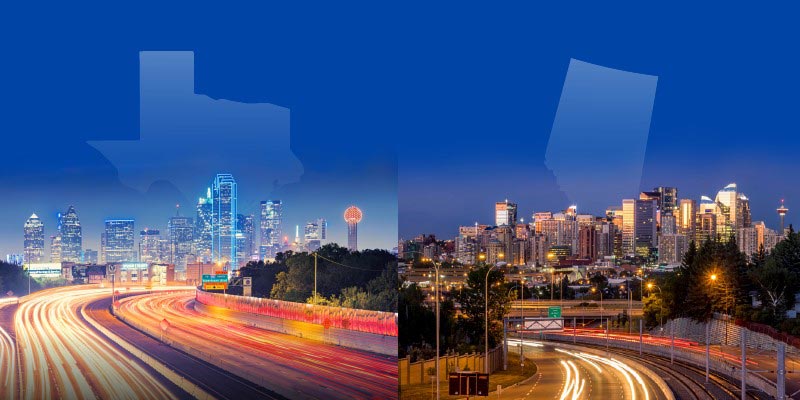 While Alberta’s energy war room continues its fight against Netflix, it’s a good time to remind Albertans of the real challenge facing the energy industry—and no, it’s not Bigfoot. Instead, Alberta’s energy sector has a serious investment problem, fuelled by policy-related barriers at both the provincial and federal level.

For context, capital investment in Alberta’s oil and gas sector plummeted from $58.1 billion in 2014 to $23.9 billion in 2019. The Fraser Institute’s 2020 Canada-US Energy Sector Competitiveness Survey, which tracks the perceptions of oil and gas senior executives regarding the investment attractiveness of 21 energy-producing Canadian and American jurisdictions, may provide some insight into the industry’s investment problem.

It’s useful to compare Alberta and Texas, as both jurisdictions have large oil and gas sectors. Let’s start with the big picture. The survey ranks jurisdictions on policy-related investment barriers. The higher the score, the lower the barriers. In 2020, Texas ranked 3rd with an overall policy score of 92 (out of 100), Alberta ranked 12th with a score of 63. Indeed, the survey found Texas (and its perceived approach to public policy) was more attractive in the eyes of investors.

These contrasting results beg the question: why do investors see Texas as a more favourable place to invest in oil and gas?

Consider taxes. Almost half of survey respondents for Alberta (47 per cent) indicated that taxation—including personal, business, payroll and capital taxes, and the complexity of tax compliance—was a deterrent to investment compared to only 5 per cent for Texas.

When asked about fiscal terms—licences, lease payments, royalties and other production taxes—35 per cent of respondents for Alberta said this issue deterred investment compared to only 7 per cent for Texas.

Recognizing these policy failures, Premier Kenney last year decided to reform the Alberta Energy Regulator, rescind non-functional regulations and reduce approval timelines. These are steps in the right direction, but we’ve seen no serious attempts to streamline Canada’s regulatory environment at the federal level. In fact, the Trudeau government has moved in the opposite direction with Bill C-69’s new assessment process, which has made the regulatory system for new energy development more complex, uncertain and subjective.

Not surprisingly, according to survey respondents, U.S. states outperform Canadian provinces on three main policy factors—environmental regulations, regulatory enforcement and the cost of regulatory compliance. So Canada’s perceived poor investment climate relative to its chief competitor is not simply an Alberta problem.

But make no mistake, Alberta’s weak investment climate remains one of the greatest challenges facing our energy industry. To turn this around, governments in Edmonton and Ottawa must address glaring policy barriers to investment.