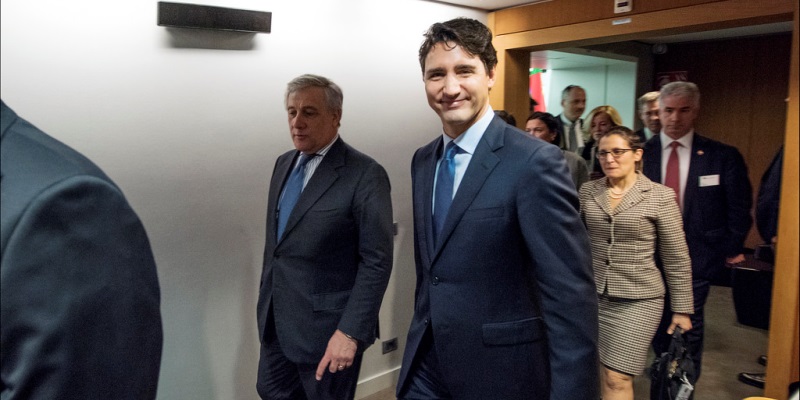 Immediately after the announcement, commenters on Twitter began claiming (incorrectly) that the prize was for the concept of carbon taxes itself. Prime Minister Trudeau’s Principal Secretary Gerald Butts went so far as to tweet “You can now choose between a Nobel Prize winning economist and Kenney/Ford/Scheer when deciding who is right about the economics of pollution pricing.”

For that to be true, Nordhaus’ work must somehow endorse the Canadian carbon-pricing plan. It doesn’t.

Beginning in the late 1980s many economists began building models to analyze the effects of climate policies. By 2000 there were countless studies showing that a revenue-neutral carbon tax would be a cheaper option (at the macro level) for reducing greenhouse gas emissions than sectoral regulations. But those studies, including those I authored in the mid-1990s, emphasized that revenue-neutrality must be achieved using tax cuts to get the efficiency gains. Using lump-sum rebates to households (part of the Trudeau government carbon plan) eliminates most of the potential gains and makes the carbon tax little better than regulations.

Another key assumption in the earlier studies of carbon taxation was that carbon taxes would be used instead of regulations, not in combination with them. It makes no sense to layer taxes on top of regulations in the models. Yet that’s precisely what all Canadian (and foreign) carbon-pricing policies propose.

Canada has a patchwork of highly inefficient regulations with marginal compliance costs, in many cases well in excess of the conventional estimates of the benefits of greenhouse gas emission reductions. But rather than repealing the inefficient regulations and replacing them with a carbon tax, the federal plan involves adding even more regulations to the mix—then sticking a carbon tax on top. This looks nothing like what economists have recommended.

In fact the economics literature provides no evidence this would be an efficient approach, and some evidence it would be worse than regulations alone.

Nordhaus’ contribution was to write down an extremely simple climate model, couple it to an extremely simple global macroeconomic model, then solve it for the optimal time path of a carbon tax. He didn’t make the case for carbon taxes because others had already done so. And to make his global model manageable, he made a lot of assumptions and omitted key microeconomic details crucial to policy design.

His model assumes, for instance, that all temperature increases everywhere are damaging. Richard Tol of Sussex University has drawn on the large empirical literature on the relationship between weather and economic output to develop a more sophisticated and defensible damages model. Not coincidentally, his estimates of the optimal carbon tax are lower than Nordhaus’ estimates.

Another element missing from the Nordhaus model is national tax systems. Beginning in the 1970s economists began looking at how the burden of the existing tax system should affect the implementation of a new emissions tax. By the mid-1990s this question had been pretty much answered. Economists rate the inefficiency of a tax system using a measure called the “Marginal Cost of Public Funds.” An optimal carbon tax must be scaled using a simple formula involving this measure. The Canadian carbon-pricing plan doesn’t account for the large differences across provinces in the Marginal Cost of Public Funds, which is another design flaw.

Any politician who wants to offer a carbon-pricing plan in line with the scholarship behind this year’s Nobel Prize in Economics should, first, pledge to repeal all existing climate change regulations, then replace them with a carbon tax equal to a reasonable estimate of the social costs of emissions, adjusted province-by-province to account for the Marginal Cost of Public Funds. That this won’t get us close to the Paris targets is irrelevant, since those targets were never based on rational cost-benefit analysis.

William Nordhaus made valuable contributions to the economic analysis of climate policy. Taking his ideas seriously would lead to better policy, but it wouldn’t look anything like the Liberal carbon-pricing plan or any of the alternatives currently on offer.