Two proposed projects—one in Ontario, one in B.C.—throw renters a lifeline 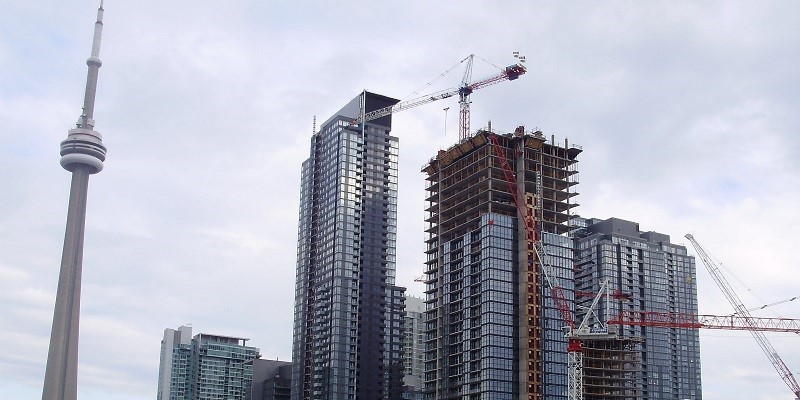 In Canada’s most expensive cities, rental housing remains in short supply. And according to the Canada Mortgage and Housing Corporation’s (CMHC) latest rental market report, there’s little reason for optimism in the greater Toronto and Vancouver areas, where rents keep rising and rental vacancies remain stubbornly low. As a result, urban living seems increasingly like a luxury, and lengthy commutes the only alternative.

But it doesn’t have to be this way.

Part of the problem is the lack of purpose-built rental housing in Canada’s most housing-starved metropolitan areas, which is exacerbated by limits on building heights and zoning bylaws preventing the construction of multi-family units in large swaths of Canada’s major urban centres. And while some governments now recognize this and are taking action (for example, zoning reform in Vancouver, developer fee deferrals for rental projects in Ontario, and low-interest federal loans for rental developers), there’s still a long way to go before our most expensive cities become more renter-friendly.

In the absence of widespread land-use reform, developers and communities must think big when it comes to new purpose-built rental projects. If only certain pockets of urban land are available for dense development, they have to make the most of it. And it appears the clouds are beginning to break. Two new projects in Mississauga and Vancouver suggest it’s still possible (and indeed feasible) to undertake large scale urban housing projects in a timely fashion.

The first project is an 11-tower, 6,000-unit development proposed by the Squamish First Nation on its land in the heart of Vancouver. The second is Oxford Properties’ proposed 37-tower, 18,000-unit development slated for the parking lots surrounding Mississauga’s Square One Shopping Centre. Importantly, the majority of housing units in these developments are meant for renters, in close proximity to jobs and amenities.

To put the scale of these projects in context, Metro Vancouver added 1,464 rental apartment units in 2019 (less than half of the rental units in the Squamish Nation project), while the Greater Toronto Area added 2,511 (less than one-third of the rental units proposed around Square One). If building more rental units is the most obvious remedy for shortages, policymakers across the country should learn from these projects, which are relative rarities in North America’s most in-demand cities.

Likely the most obvious link between these two projects—based on details currently available—is that both involve building up, in a big way. Unlike Vancouver city hall’s four-to-six storeys of rental development currently allowed “as-of-right” (without the need to rezone), these projects go much higher (the tallest building in the Squamish project is slotted at 56 storeys). This is an important feature, since higher density increases long-term revenue potential from a project, especially in high-demand regions such as the GTA and Metro Vancouver. More projected revenue for rental developers means a higher likelihood of rental development proposals—again, as suggested by these two large, dense projects.

There will likely be other commonalities between the projects, which we’ll know more about as they unfold. For example, is the Square One development also feasible, like the Squamish project, due to a reduced regulatory burden? Will it be exempt from applying Mississauga’s minimum parking requirement rules, allowing more room for homes rather than costly parking garages? Is local opposition—a notorious sticking point for homebuilding projects—relatively low, due to the project’s location in an already-intensifying, largely commercial district?

In any case, these two projects prove that it’s still possible for Canadian cities to think big and build badly-needed rental housing—even thousands of rental units—in a relatively short period of time. Density is the key. Or more accurately, more of it.

The question is, will more cities learn from these projects and allow higher-density development in similarly short predictable timeframes? Or will they continue to frustrate the development of the many more homes needed to make Canada’s most expensive cities more affordable?