Why does Ontario suppress the education freedom of parents? 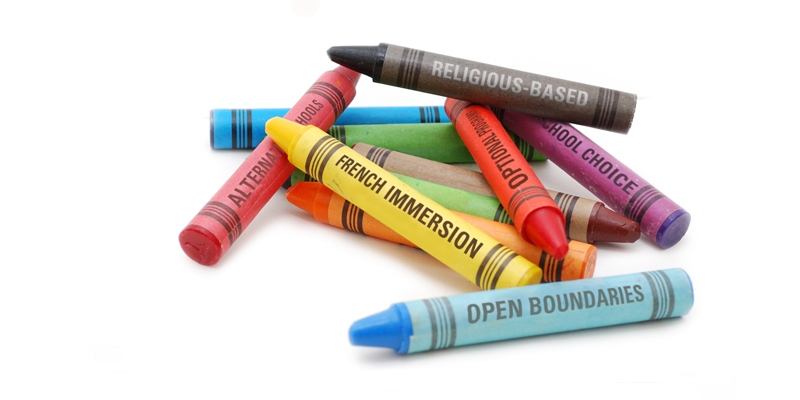 Canada has an excellent human rights record. We’ve long promoted and defended freedom around the world and at home—except, that is, when it comes to freedom of education. Our Charter of Rights and Freedoms covers the freedoms of conscience, religion, thought, expression, peaceful assembly and association. But there’s no mention of education, except for administrative rights rooted in the two official languages.

This is in contrast to Quebec’s charter, which includes the right to free public education, the parental right to provide a government-funded religious and moral education for their children, and the right to choose an approved private school. And just this month, Alberta became the first province—and probably the first North American jurisdiction—to incorporate parents’ prior right to choose into its Education Act, drawing on the United Nations 1948 Universal Declaration of Human Rights, which recognizes that “parents have a prior right to choose the kind of education that shall be given to their children.” This right to government-funded school choice remains the essence of education freedom. Yet Canada’s rights law is silent on this issue.

On the other hand, five provinces—Alberta, British Columbia, Manitoba, Quebec and Saskatchewan —have long provided financial support for independent schools, which operate with varying degrees of autonomy and government support. A majority of U.S. states also provide financial support for school choice, as does most of Europe—in fact, eight European countries have enshrined school choice in their constitutions.

Which brings us to Ontario. Because of Ontario’s education landscape, with its large government-funded Catholic and smaller francophone school systems, many Ontarians may enjoy a false sense of education freedom. But in reality, as my new study for the Fraser Institute makes clear, Ontario remains conspicuously out-of-step with our largest and wealthiest provincial and international partners.

Parents in Ontario want more education freedom, with schools that respond to the needs of children, families and communities—arts and sports schools, schools that employ more progressive or traditional approaches to the curriculum, and other themes. But except for the Catholic separate and French-language schools, the government-funded school choices for parents are relatively slim.

For one brief year, Ontario did offer financial support to ordinary families choosing independent schools, but this legislation was repealed after Dalton McGuinty’s Liberals came to power in the 2003 election. Since then, school choice has been the third rail of Ontario politics (in 2007 then-Ontario PC leader John Tory ran on the issue and got trounced). The Ford government has shied away from the issue, despite passing legislation to partially subsidize expenses incurred by qualifying families at child-care facilities of their choice.

But that raises an obvious question: if parents are given choice over which daycare their kids attend, why shouldn’t similar financial support allow them to send their kids to schools of their choice?

Ontario’s failure to support school choice hurts Canada’s score on the Global Index of Education Freedom. Ireland and the Netherlands have the highest scores, at 99 and 89 respectively. Canada’s score of 55 places us in the middle of the pack alongside South Africa (54) and Benin (54) but far below the United Kingdom (78) and the United States (68).

Applying the index methodology to the provinces, Alberta, B.C. and Quebec all rank among the top 20 countries. But Ontario’s estimated score of 50 places Canada’s largest and wealthiest province below the world median, slightly above Equatorial Guinea and slightly below Kenya and Senegal.

To be fair, in many respects, Ontario has an excellent public education system. But if the system really is excellent, it’s even harder to understand why the province would deny Ontario families genuine school choice.

Most of the world agrees that to realize the universal right to education, governments should fund schools. This does not mean they should run them, however. The right to freely choose schools that satisfy appropriate standards—but are not run by government—should not be reserved only for the wealthy, as is currently the case in Ontario. If the Ford government, or any future Ontario government, wants to help parents send their children to schools of their choice, it must make government support for schools much more widely available.