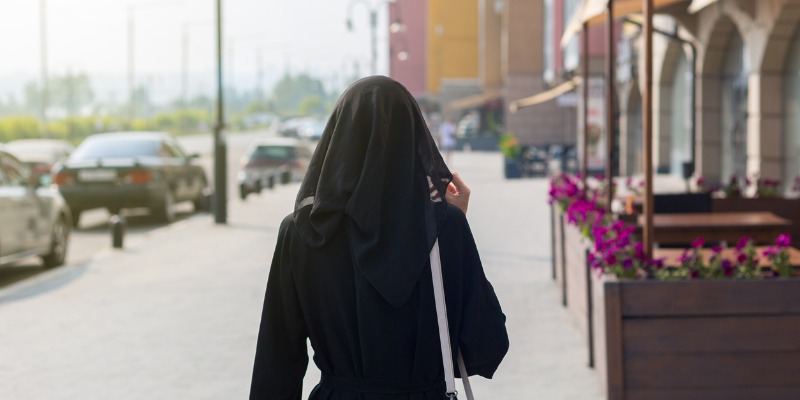 The 22nd quadrennial World Cup is about to wrap. And while the beer has been in short supply, the criticism has flowed like, well, beer at a normal soccer match. The host country of Qatar has garnered at least as much attention as the games, and not all of it positive.

It’s what you can’t see—or hear—that has attracted the most attention. You won’t see same-sex relationships out in the open. They are illegal in Qatar and violators face punishment of up to three years in jail. Nor will you hear much criticism of the state by Qataris. Speech codes limit “biased rumours,” “inflammatory propaganda” or any statements that might “stir up public opinion, or infringe on the social system.” Those found guilty face up to five years in prison or $25,000 in fines.

You can’t always see or hear repression, but it can be measured. And we can learn a lot from its measurement. For the past eight years a team of researchers has published an annual report called the Human Freedom Index (or HFI), which comprises 82 indicators of freedom and covers 165 jurisdictions worldwide. Among other things, the report captures the degree to which citizens are permitted to move freely, worship, associate and assemble, and to enter relationships with others. It also incorporates data from the Economic Freedom of the World (EFW) index, which measures the freedom to exercise personal choice in economic matters, voluntarily exchange goods and services, enter markets and compete, and be secure in one’s person and property.

By world standards, Qatar is not a free country. Out of 165 jurisdictions, it ranked 128th in last year’s HFI, squarely in the bottom fifth. It got especially low marks in freedom of religion, freedom of assembly, freedom to form political parties, freedom to divorce, freedom to engage in same-sex relationships, and freedom of movement for women.

While overall Qatari freedom is low, its citizens do enjoy modest levels of economic freedom, ranking 76th out of 165 in this year’s EFW. Moreover, the country is rich in oil and natural gas deposits, which explains why Qatar’s per-capita GDP is the highest in the world. Its natural resource wealth may also explain why the government seems to pay little attention to institutional quality. If you are sitting on a mountain of oil, you may be able to get away with denying your citizens their basic freedoms.

But the World Cup has made it harder to ignore Qatar’s record on human freedom. And Qatari officials—not to mention FIFA officials—have been a bit defensive about the criticisms. But to say that a country is unfree is not to say that its people are wicked, that its culture is inferior, or that its religion is backward. It’s simply to say that its institutions—its rules—circumscribe individual choice. Qatar’s leaders made these rules and if they are embarrassed by them, they should change them.

The data suggest that freedom matters. There have now been hundreds of peer-reviewed studies using these indices to assess the link between freedom and well-being. The vast majority find that more freedom improves the human condition—those who live in freer societies earn more money, live longer lives and enjoy higher levels of self-reported happiness.

It’s also a winning strategy. The last four winners of the World Cup have all come from countries in the top fifth of the HFI.