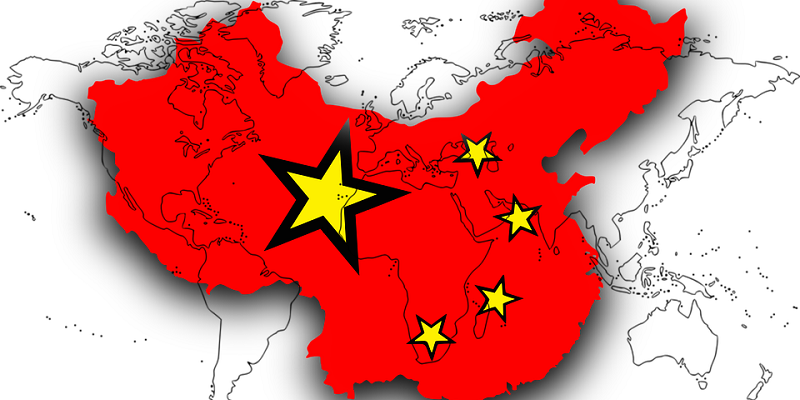 China’s economic success has been driven by relatively unfettered and often nonreciprocal access to the rich developed markets of the world, with only a partial liberalization of its own economy, which is still dominated by state-owned or highly-regulated firms.

Moreover, China’s economy tends to maximize its exports of high value-added products, particularly in manufacturing, while minimizing imports. If there must be imports by China, there’s emphasis on natural resource and agricultural products that serve as inputs into the domestic chain of production to which value is added.

Friedrich List (1789-1846) was an early critic of the classical school's view that free trade was a way of fostering economic growth. List believed free trade was idealistic and achievable at some far future date when all countries had industrialized and reached a high level of economic growth. During the development phase, tariff protection was needed to foster manufacturing development.

List’s work was an early infant industry argument and his thinking affected the 19th century trade policy of countries such as Germany, Canada, the United States and Japan, which all had protectionist regimes to promote manufacturing development. This type of thinking reflected a lack of understanding of classical theory including Ricardo’s principle of comparative advantage, and resulted in consumer welfare losses as countries favoured less-efficient domestic producers that raised the cost of production.

Today, the Chinese government’s economic and trade policy operates in tandem with a global transport system policy—its Belt and Road initiative, which can be linked to another 19th century thinker, Alfred Thayer Mahan.

Mahan’s theories of building up naval firepower and bases at key transport choke points to secure the command of sea routes are behind China’s blue water fleet expansion, which now includes an aircraft carrier. The Belt and Road initiative is a transport and infrastructure initiative operating in conjunction with the growth of China’s naval resources, with the goal of safeguarding the transport of necessary resource and agricultural imports into China and facilitate the export of value-added manufactured products to world markets. It’s not about taking over the world but safeguarding the economic security of the Middle Kingdom, with the rest of the world serving as a market for its wares and sources of raw materials.

Such a self-centred approach to economic prosperity is at odds with liberal economic principles of free exchange and market-oriented economic activity and does not bode well for future economic growth in China, which also owns a high debt-to-GDP ratio, aging population and private enterprise stifled by state-controlled firms.

If all countries implement such self-centred economic policies, international trade will dry up and global economic growth will slow. Indeed, along with its own hard work and innovation, China’s meteoric rise over the last three decades has been facilitated by a world market order that allowed for Chinese export growth and investment abroad, even when full reciprocity was not extended. Such non-symmetric behaviour was tolerated by many countries because of a real desire to see China grow and develop and improve its standard of living with the hope that ultimately China would be a full partner in a liberal democratic world economic order.

It turns out this didn’t happen. After advantageous policies and treatment by developed countries that powered its robust growth, China’s current government seems determined to maintain that advantage—even though it now considers itself a developed country. The rest of the developed world can no longer ignore this non-reciprocal behaviour. Even a protectionist and mercantilist such as Friedrich List believed tariffs and infant industry protection should fade away once countries reached comparable levels of economic development.

China’s economy has grown up. If it wishes to be treated with reciprocal respect it must behave more responsibly when it comes to international economic and political affairs.