Alberta’s NDP government is expected to announce a deep budget deficit in the fall, which according to Alberta Finance Minister Joe Ceci (pictured above) is supposed to fund additional infrastructure spending and bolster GDP. Indeed, the deficit could be even larger than the $6.5 billion deficit that has already been projected. Alberta’s public finances indeed have an interesting history and now is as good a time as any to put Alberta’s finances in longer-term perspective. 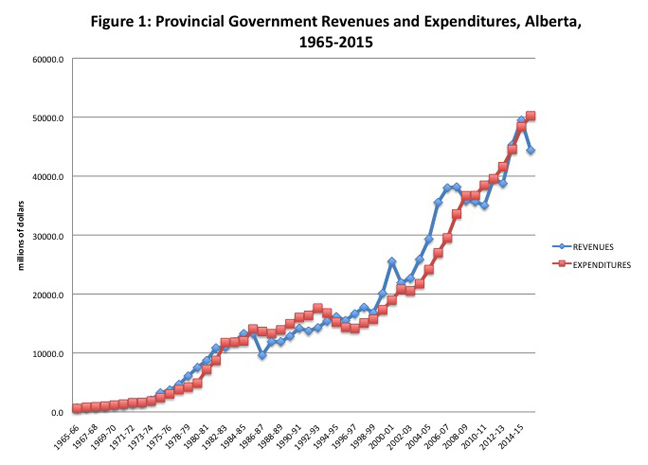 However, since 2000, revenues have grown at an annual average rate of 5.7 per cent while expenditures have grown seven per cent. Indeed, Mark Milke has argued spending would have been much less if spending increases had merely matched population growth and inflation.

Figure 2 plots Alberta deficits and surplus since 1965-66 and reveals that over these 50 years of provincial budgets, Alberta has run a deficit 23 times—or 46 per cent of the time. The other years have all seen surpluses. While the largest nominal surpluses have been more recent, as a share of GDP they were the largest in the 1970s. 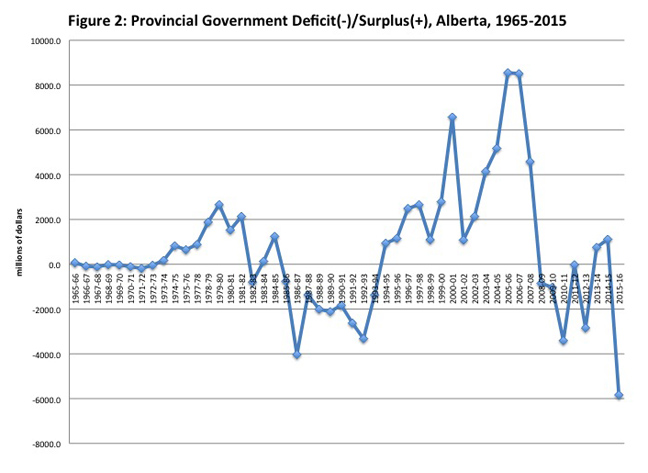 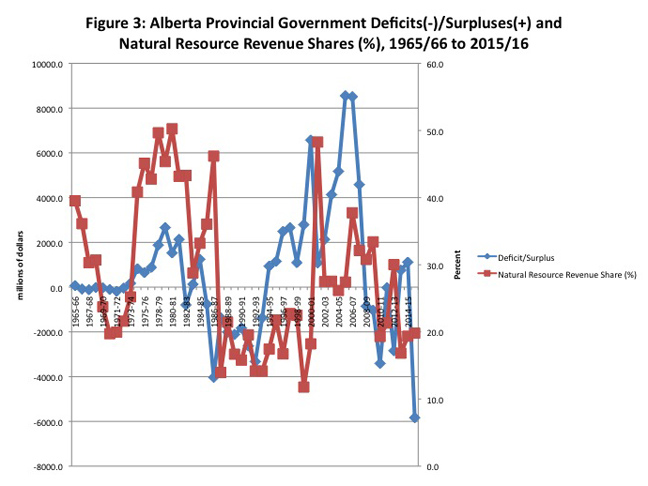 Running even larger deficits than those brought about by Alberta’s natural resource boom-bust cycles will not turn Alberta’s economy around in the long run and are unlikely to compensate for the role of resources in driving Alberta’s economy. What will turn around Alberta’s economy—and by extension, improve its fiscal situation—is an upturn in oil prices.