A free press must be free of government 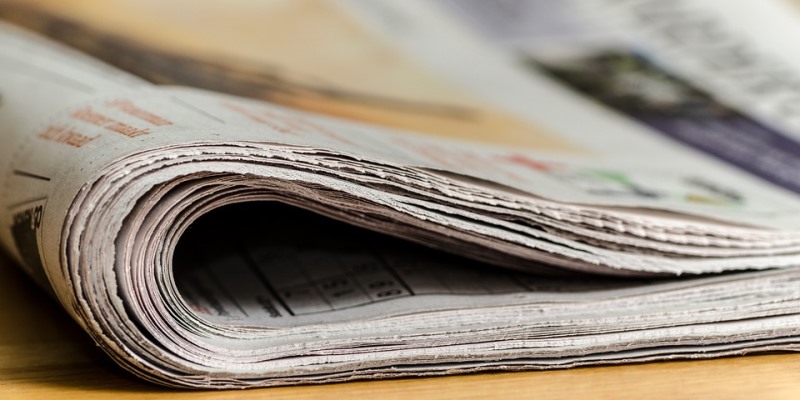 I just got an email from Isabelle Melançon, whom I’m afraid I don’t know. It urges me: “Let’s mobilize?” Nicely designed with tasteful fonts, it’s topped with a picture of Ms. Melançon reading a newspaper and smiling broadly—something I’m afraid I seldom do when reading the paper, except when I get to the comics. Maybe Ms. Melançon was reading the funnies.

(In my case an exception occurred the other day in a National Post story about a court case involving Bell Canada, its pensioners, the consumer price index and a comma in a labour agreement that had a consequential effect on how much pension indexation would be paid. After a learned discussion of commas and their use Justice E. M. Morgan of the Ontario Superior Court of Justice expressed the hope that the punctuation in question had not been a “legally induced comma.” Justice Morgan is now my candidate for the next vacancy on the Supreme Court.)

It turns out the email is from the Quebec Liberal Party, where Ms. Melançon is parliamentary critic for Culture and Communications. The mobilization she wants is for everyone who values regional newspapers to post a picture of themselves reading their paper on their social media account and then send it to the current minister. “By supporting this mobilization, we are sending the Minister of Culture and Communications, Ms. Nathalie Roy, a clear message that local and regional media matter to Quebecers.”

We would be doing that so as to get Ms. Roy to provide support for the industry, which has just been hit by the filing for creditor protection of a chain of regional papers that includes such well-known titles as Le Soleil in Quebec City and Le Droit in Ottawa. In fact, her colleague, Economy Minister Pierre Fitzgibbon, has already provided $5 million in the form of a short-term loan from Investissement Québec, an investment arm of the government. “It was impossible for us to imagine the closure of these… newspapers,” the minister said. The five mil will only go so far, however. The chain reportedly owes $26 million, including $4.8 million to its subscribers. The taxpayers who fund Investissement Québec may be wondering what kind of return they’re going to get on their investissement. Newspapers are not where the smart money is going these days. That’s the problem.

What is the minister supposed to think when she receives all the social media posts of Quebecers reading their local newspaper? She’ll likely conclude many people do love their papers. But she probably assumed that anyway. Who knows? She may be one of them.

But if affection for the papers really is widespread and deep, as the mobilization wants her to believe, there shouldn’t be a problem. If lots of people are reading the papers, and reading them avidly, then advertisers will have taken note of that already, and so will publishers, and strong demand from readers will allow them to charge high advertising and subscription rates. If demand for the papers really is strong, then money shouldn’t be a problem. But it is a problem, which suggests the hard numbers, rather than the cheery social media posts, say demand is not strong.

What Ms. Melançon really needs to do to impress the minister is mobilize all those people who don’t actually read the regional papers but nevertheless benefit from them. For that’s the gist of the usual argument about the importance of newspapers and why the government should get involved: they generate benefits even for people who don’t read them. So we need pictures of people not reading their local paper who have benefited from more widely disseminated information or better public policy or whatever other good things the newspaper’s activities have led to. For obvious reasons, that’s not easy to do.

It would be even harder to get people to make a special payment—or pay a tax, which is what many people in the industry want—in support of the newspaper they don’t read, on the grounds that it has improved their life in ways they don’t fully appreciate. Of course, even if they were aware of the benefit provided, there would be the problem of free-riding: Though appreciative, they’ll be even more appreciative when someone else foots the bill.

That’s often the problem with “externalities,” as we economists call them. Even if we’re reasonably sure they exist, they’re very hard to measure. It’s therefore virtually impossible to know just how much support a government would want to provide to newspapers even if it thought that was a good idea.

I don’t know what Quebec’s Minister Roy thinks. That she’s getting lots of social media posts telling her how much the senders value their local papers may well persuade her some sort of intervention is a good political idea. A constituency is being built whose demands will have to be met to at least some degree. That’s the way modern politics works.

But if she ignores political considerations for a moment—which I do realize is hard for a politician—she will be impressed by the debilitating conflicts of interest that are involved in the government making public employees out of journalists whose social role, in many instances, is to be critical of government.

Don’t get me wrong. I’ve been writing for the newspapers since 1980. And I’ve been reading them since about 1960. I love the entire enterprise and fear for its future. But if the only way to save it is to give the government an equity stake in the newsroom, well, it has been a great three and a half centuries but now it’s time to move on to something different.