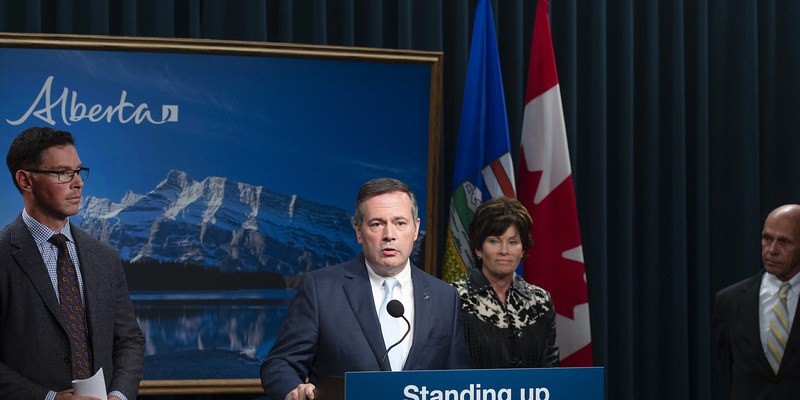 This is a slight reduction from the original spending plan proposed in 2019, which would have seen program spending reduced by 1.6 per cent over the same period. It’s important to put these spending reductions in perspective.

The government’s spending reductions are comparatively small when compared to other past successful reform budgets. Indeed, a review of relatively recent Canadian history (the 1990s and beyond) shows that governments of all political stripes have enacted much larger spending reductions in their efforts to eliminate budget deficits.

The table below (see bottom of page) contains data for comparative periods of spending reductions since 1990. The data includes periods of fairly major reform (Alberta and Saskatchewan in the 1990s, for example) and a host of single-year reductions.

In all, 32 periods of spending reduction were noted since 1990 (including the original 2019 spending plan). The third column in the table shows the total change in spending over the entire period of reform. Ranking from the largest reduction (1st place) to the smallest (32st place), the spending reductions in Alberta’s 2020 budget of 0.8 per cent ranks 30th of the 32 periods noted in the table (3rd column marked “Change”).

To put this in perspective, Alberta experienced spending reductions of 20 per cent (over three years) under the Klein reforms in the mid-1990s, the largest spending reduction observed in the time period reviewed. This ranking, however, does not account for the period when the reductions were implemented. The chart below ranks the average annual reductions in spending for all provinces over the same period. 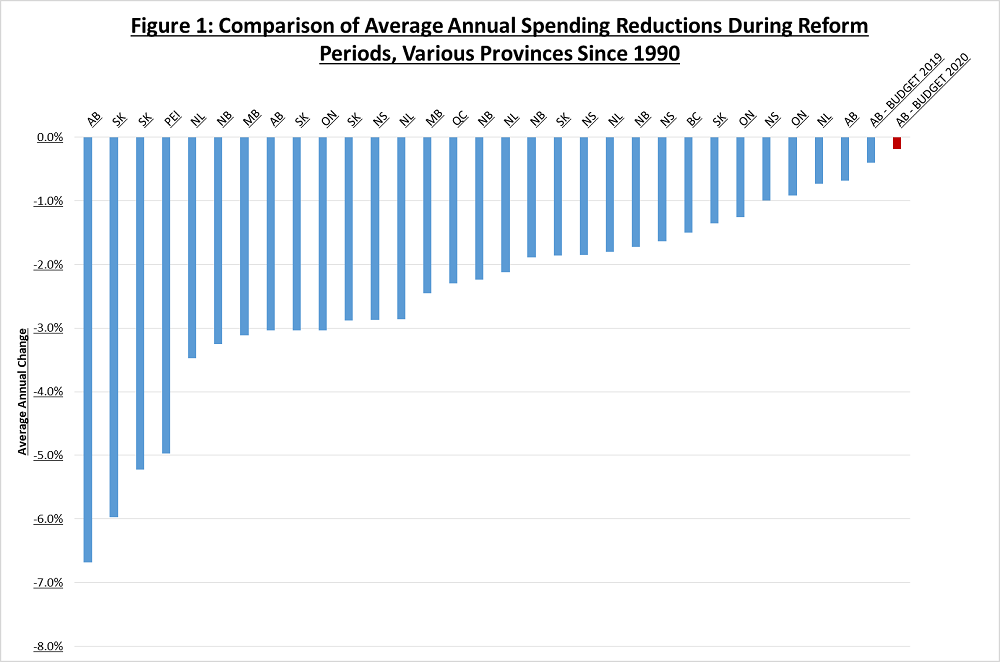 In other words, the chart adjusts the total reduction in program spending (nominal) by the number of years it was implemented. This data is also included in the table in the last column marked “Avg. Change.” Such an adjustment provides a sense of the depth of cuts introduced by each respective government. A five per cent reduction over one year, for instance, represents a more dramatic reduction than the same percentage implemented over a longer time period.

Today, Alberta’s 0.2 per cent average annual reduction over four years is the smallest of any of the 32 reform periods observed across all the provinces since 1990 (including the original annual reduction proposed in the previous 2019 budget).

So while the reductions announced in the 2020 Alberta budget are important and set the province on a path towards budget balance, they are small relative to other periods of spending reductions, including in Alberta. 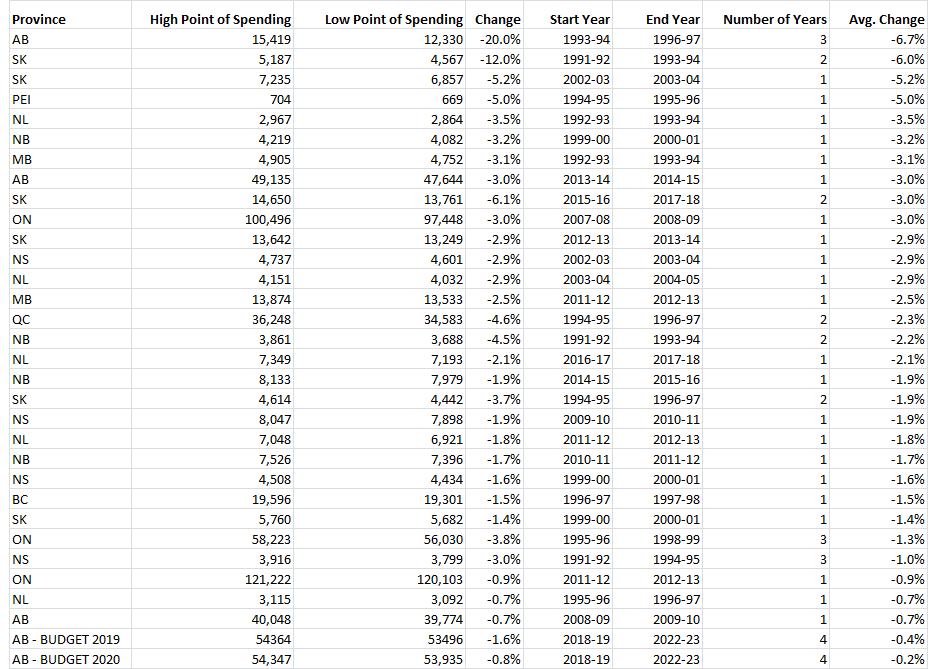