According to a Fraser Institute study released in February, between 2004/05 and 2013/14, the Alberta government’s program spending jumped to $43.9 billion from $29 billion.

This spending, beyond the rate of inflation and population growth, has hurt the province’s ability to balance its books amid a backdrop of falling energy revenues.

These two charts illustrate the spending spike—overall and on a per Albertan basis. 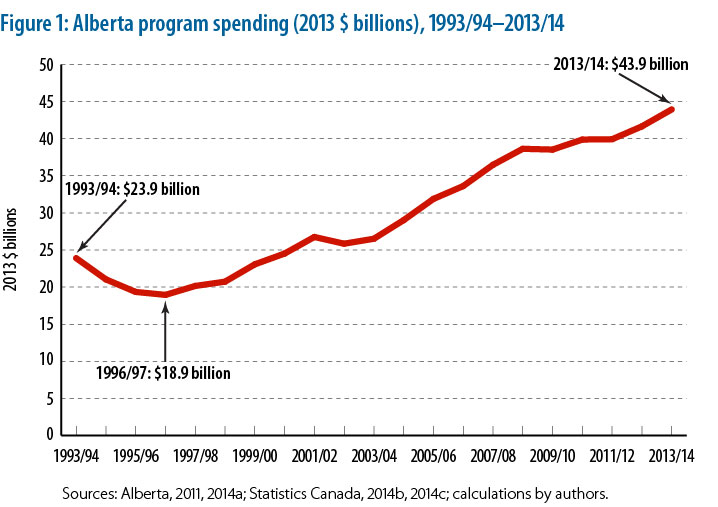 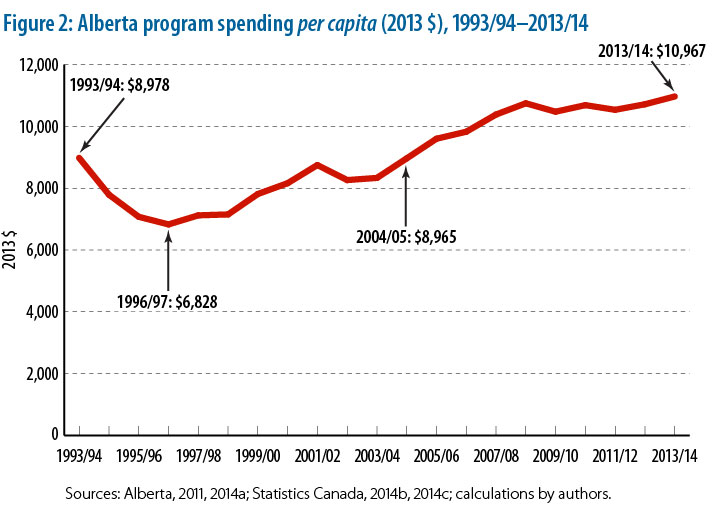