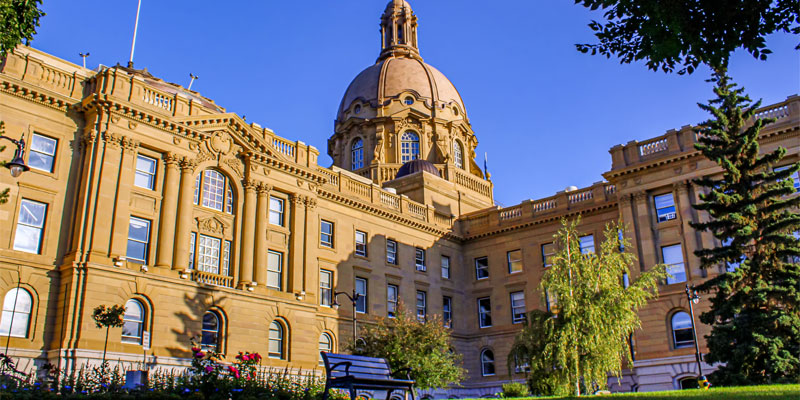 Alberta governments have a history of spending as though the good times would never end. When oil prices decline, politicians develop a sudden interest in getting off the “resource revenue roller-coaster.” Unfortunately, Alberta governments have been through this cycle many times over the decades without preparing provincial finances for future downturns. And now, once again, the roller-coaster has ground to a halt. It’s time our policymakers stop budgeting as though another ride is on the way.

Recently, of course, oil prices briefly turned negative—a possibility many including Premier Kenney have flagged, given that the combination of a (temporary) surge in production from OPEC+ countries and the COVID economic slowdown left the world with a glut of oil and storage capacity bursting at the seams.

While it’s unclear how oil prices will evolve and what that will mean for Alberta’s short-term economic prospects, the fact that some oil contracts were recently worth less than nothing should underscore the fact that Alberta can’t bank on another gusher of oil revenue to rescue the province from its chronic budget deficits.

The old cliché about wasting oil booms applies particularly well to the post-financial crisis era in Alberta. Since the provincial economy recovered from a sharp-but-brief recession near the end of the last decade, the government in Edmonton has run deficits in all but one fiscal year—despite a nearly five-year period where the West Texas Intermediate (WTI) oil price remained above $70 per barrel, with the price topping out at more than $110.

While there were structural barriers to taking full advantage of the oil boom (for instance, pipeline constraints), the provincial government nevertheless enjoyed annual non-renewable resource revenues ranging from $6.8 billion to $11.7 billion between 2009/10 and 2014/15. Put differently, non-renewable resource revenue alone accounted for between roughly 18 per cent and 27 per cent of total provincial government revenue during this period. For context, after the collapse in oil prices that began in late-2014, natural resource revenues fell to around seven per cent of total revenues over the next two fiscal years.

With substantial non-renewable revenues coming in the door, one might wonder where exactly the revenue went if governments weren’t able to balance the budget and why the government was unable to make a single deposit into the Heritage Fund during that period. The fund exists for saving and investing a portion of resource revenues, but governments opted against using that vehicle for investing and instead used resource revenues to fund day-to-day operations. And even then, they fell short and continued to run deficits.

The reason successive governments continually fell short of balancing the books during that boom period of 2008/09 to 2014/15, while still blowing through all resource revenue, was that program spending grew essentially in lockstep with revenue. More money came in, more money went out the door.

Other than the brief attempt by the late Jim Prentice’s government to rein-in program spending, an extra dollar of resource revenue was essentially matched by an extra dollar of program spending. More worrisome than the failure to save during good times was the decision to continue ramping up nominal spending after resource revenue dried up and much larger deficits emerged. By 2016/17, the provincial deficit exceeded $10 billion, and because nominal spending continued to grow, it shrank only slowly after that. In short, whether the province has had bountiful resource revenue or not, it’s budgeted as though it would see ever-increasing resource revenues that haven’t lately come to pass.

While it’s debatable how resource revenues should be treated, there’s no debate about this—they simply can’t be expected to consistently increase. And they have clearly not increased enough to finance the province’s program expenses without other fiscal adjustments. This is a reality the Kenney government must recognize. Another oil boom came. Alberta politicians wasted it. There’s no guarantee we will get another ride on the resource revenue roller-coaster. When the current storm has passed, the province must adjust to this reality.