As developed countries age, the percentage of the population inclined to innovate falls 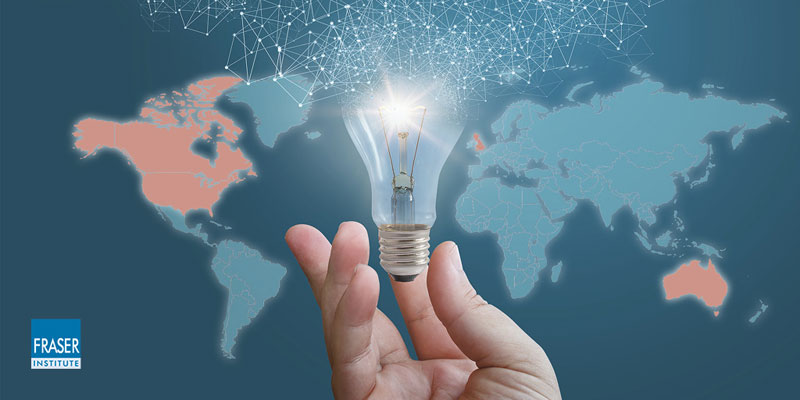 As part of the blog series summarizing the Fraser Institute’s recent Demographics and Entrepreneurship essays, this post examines the decline of small business entry rates across a number of industrialized countries.

The graph above illustrates small business entrants as a share of the total number of small business incumbents in the four countries featured in the essay series (Canada, the United States, the United Kingdom and Australia) from 2003 to 2014.

It is important to recognize that there is no universally accepted definition of “small business.” For example, in the U.S., Canada, and Australia small businesses are defined as having 20 or fewer employees. Other countries, such as the U.K., categorize firms with fewer than 10 employees as a small business.

As anticipated, the decrease in small business entry rates is particularly evident following the 2008 financial crisis, given that slow economic growth deterred entrepreneurial startups. However, the authors note that the decline in startup activity seems to be part of a long-term trend, corresponding to the aging of populations within the sample countries. As developed countries age, the percentage of the population inclined to innovate, namely individuals within the 25 to 49 age group, falls.

There is an increasing need for policies that actively encourage business startups and strengthen incentives for entrepreneurship as societies grapple with the implications of demographic shifts. In this regard, the Fraser Institute essay series presents a number of potential policy reforms to improve the environment in which firms and entrepreneurs operate. 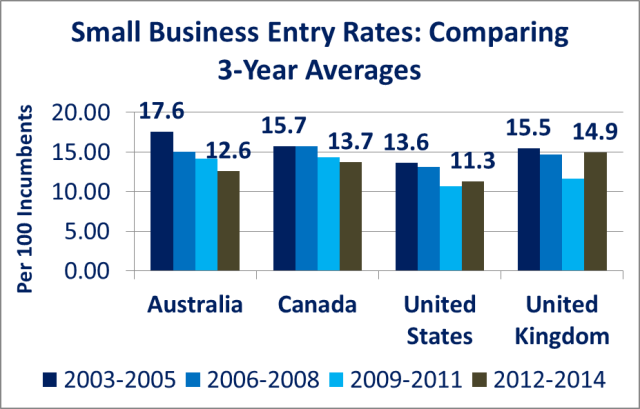