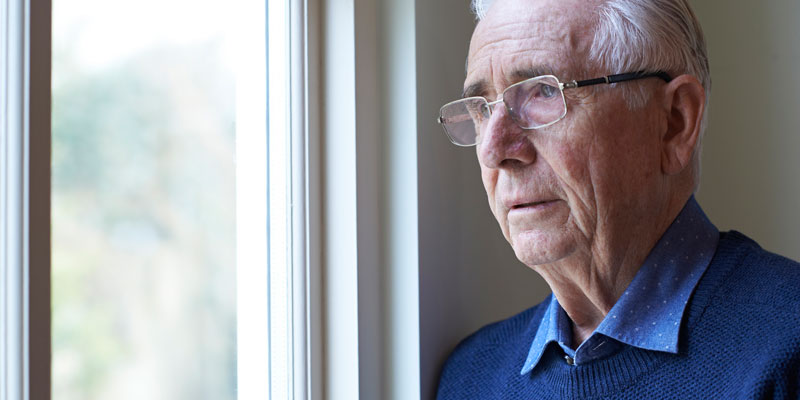 Even before COVID, all four provincial governments in Atlantic Canada were “unsustainable”—meaning that without policy changes, under reasonable assumptions, their debt-to-GDP ratios would grow over time. This year, both budget deficits and debt have spiked due to increasing government spending and declining revenues, driven in large part by the pandemic.

Of course, the Atlantic region is by no means an outlier. Ontario’s debt-to-GDP ratio has recently spiked to an all-time high, while Alberta’s historically large budget deficits are causing rapid debt accumulation in that once “debt-free” province.

While all provinces face long-term fiscal challenges, there are sources of additional risk that hang over the Atlantic provinces including high levels of taxation, comparatively high borrowing costs and a heavy reliance on transfers from the federal government.

And crucially, while all provinces face fiscal challenges related to an aging population, these challenges are more pronounced in Atlantic Canada because the region has a larger share of seniors than any other region.

Specifically, in 2019/20, all four Atlantic provinces currently had the largest share of seniors (as a portion of the population). Newfoundland and Labrador leads the way at 21.4 per cent of its population followed by New Brunswick (21.3 per cent), Nova Scotia (20.8 per cent) and Prince Edward Island (19.7 per cent). While these data represent the current shares of seniors, these numbers could soon rise as Statistics Canada also projects the Atlantic provinces will age faster than their peers. 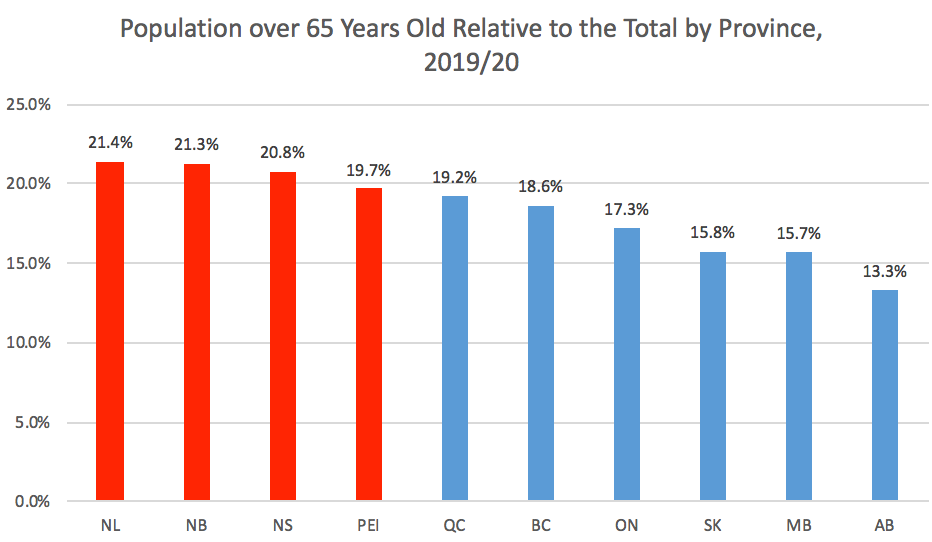 This chart shows the four Atlantic provinces have the largest share of residents over the age of 65 in Canada. An older population creates multiple pressures for government, as a smaller labour force can impact economic growth and hurt government revenues.

At the same time, health-care expenditures increase quickly as we age. According to recent data from the Canadian Institute for Health Information, Canada’s provincial governments spend an average of $3,052 per person per year in health-care costs for those aged 15-64 compared to $11,483 on Canadians 65 years of age or older.

Health-care spending is already the largest single expenditure for provincial governments in Canada. A 2015 Fraser Institute study found that health-care costs consumed between 37.5 per cent and 44.6 per cent of provincial budgets in Atlantic Canada at that time—and in all four provinces, that share was increasing. With increasing portions of the population over age 65, this trend will likely continue.

While provincial governments from coast-to-coast face significant fiscal challenges, the Atlantic region is unique for several key reasons, largely because of its older and rapidly aging population. Policymakers in each province must recognize this reality as they develop fiscal plans for the 2021/22 budgets, which they will table this spring.