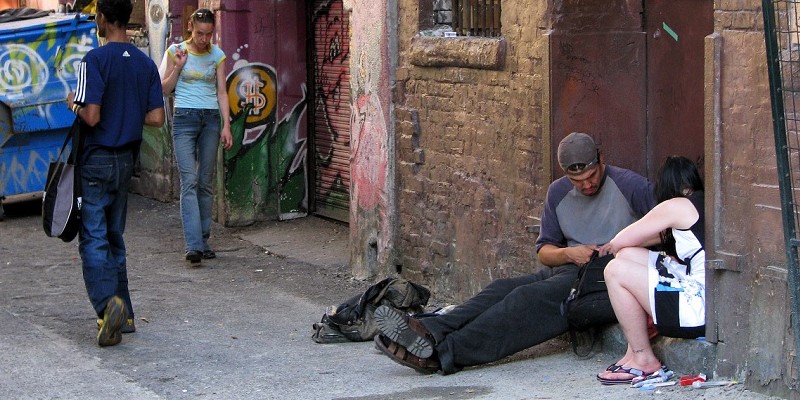 A new book by UBC law Professor Benjamin Perrin (Overdose: Heartbreak and Hope in Canada’s Opioid Crisis) is a powerful indictment of Canada’s current policies toward illegal drugs. With 4,588 deaths from illegal drug overdosing in 2018, little wonder that health authorities across Canada felt they were in a crisis. In British Columbia, drug deaths killed 1,543 more than automobile, homicide and suicide combined. The rapid increase from a baseline of 200 to 300 deaths a year resulted from an influx of low-cost potency enhancers such as fentanyl and its derivatives. Frequently imperfect mixes lead to devastating consequences.

These deaths did not generate the public response associated with other health emergencies. SARS killed 44 people and there was a massive political and health community response, spending upward of $500 million in 2003 alone. Perrin argues that since many of the deaths occurred among marginalized groups and individuals, the social response has been muted.

Why do people take drugs? Perrin argues that except for a limited number of recreational users, drugs in the short-term help ease the pain of the body and the mind. Canada’s treatment of Indigenous Canadians has left a legacy of disorder and suffering. The poor, those who have spent time in jail or prison, or the mentally ill find few resources to aid their struggles.

Prescription opioids have been invaluable in treating pain. Sadly, the social consequences of poorly thought-out treatment regimes has led abandoned patients to seek their medications wherever they can. According to Perrin, we have failed miserably in providing supports and have demonized the instruments of self-help.

What has been our response to the crisis? Perrin points to Canada’s version of the War on Drugs that until recently has dominated discourse. This is a war we have lost. We cannot interdict the supply of killer fentanyl any more than we were able to prevent the supply of marijuana, heroin or cocaine. Few people, if anyone, in law enforcement believes they can affect supply in a meaningful way.

Is there hope? Perrin points to several possible sources focused on ground zero of the crisis—British Columbia. First, the use of naloxone can prevent an overdose from inevitably meaning death. It provides a short-term offset to the drugs in a person’s system and frequently allows recovery. However, it neither prevents future drug use nor is it always available, although that has been changing.

Second, programs such as Insite and NAOMI allow legal injection of clean drugs, and overdose prevention sites are increasingly prevalent in B.C.

Third, Perrin points to a change in the attitude of the provincial government, law enforcement and the courts as becoming increasingly aware that punishment of users is not the same thing as curing the disease.

Are we succeeding? Most recent data for 2019 saw year-over-year overdose deaths fall by 40 per cent to 981, but there’s no easy solution to this crisis. The social conditions that generate a need for escape are not something society can easily cure. We cannot undo the past and it’s difficult even to know how to go forward. However, we can begin, Perrin argues, by decriminalizing users. We can treat drug use as a medical problem that flows from underlying ills. The stigma of drug use, the isolation that our prohibition breeds, the crimes committed to buy drugs, arise in no small measure from the illegality of drug use.

Perrin’s book is an excellent popular primer on the issues associated with drugs in Canada and more intensely in B.C. For an economist many issues remain unresolved. He uses saving lives as the litmus test of good policy (and who can argue that)? But how much should we spend on drug treatment if the alternative is another dialysis machine or MRI or shortening the wait list for treatment of excruciating conditions for children or seniors? Do those who are treated for overdoses eventually recover? Can we say that the 232,000 naloxone kits distributed last year saved lives or simply postponed future overdoses and deaths?

Perrin is surely right. We will see many more deaths, but what are our alternatives?