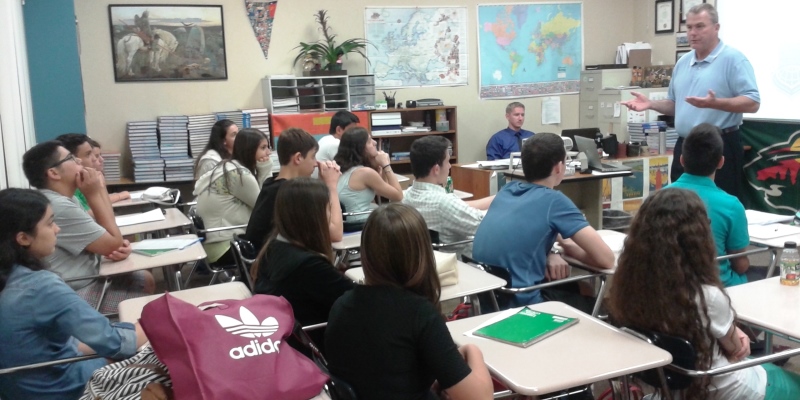 This month, after the Ford movement released its first budget, reactions from Ontario teacher unions and school board administrators was swift. Some claim the budget calls for “massive education cuts” and that schools will be starved for resources. But a closer look shows that K-12 education spending will simply return to 2016/17 levels.

First, a bit of background. Education spending in Ontario has increased significantly in recent years. A recent study found that during the 10-year period between 2006/07 and 2015/16, per-student inflation-adjusted spending on public schools in Ontario rose from $11,238 to $13,321—an increase of 18.5 per cent.

After years of declining enrolment in public schools, the last couple of years have seen small increases, with average daily pupil enrolment projected to be 2,012,000 by the 2019/20 school year. On average, over the last four years, Ontario’s enrolment has grown by about 0.06 per cent per year.

The new budget essentially calls for spending on K-12 education to be held constant in nominal terms over the next five years, increasing from $29.8 billion in 2019/20 to $30.2 billion in 2023/24. However, to get a true understanding of education spending, both changes in enrolment and price levels (inflation) must be taken into account. If the slow rate of average growth in enrolment over the last four years and current inflation remain relatively constant, real (inflation-adjusted) per-student spending will decline from a high $15,597 in 2019/20 to $14,600 in 2023/24—a difference of $997 or 6.4 per cent.

At first glance, this appears to be a significant cut in spending, but it’s important to look at this level of spending in context.

In 2016/17 Ontario spent $14,574 per-student in current 2019 dollars. This budget projects spending will reach $15,597 per student (inflation-adjusted) in 2019/20. Holding K-12 public education spending basically at current levels, coupled with modest increases in student enrolment and inflation, means that by 2023-24 per-student inflation-adjusted spending will fall back to $14,600.

Rather than a drastic cut to education spending, this is simply a return to what was spent only two years ago in 2016/17. What’s more, the government is taking four years to implement these reductions. If Ontario public schools weren’t “starved” for resources in 2016/17, they won’t be starved for resources in 2023/24.

It’s not surprising that any reduction in education spending—or even merely holding nominal spending steady—spurs swift and passionate criticism. However, when considered in a larger historical context, education spending in Ontario is simply returning to per-student inflation-adjusted spending levels from only a few years ago.