COVID creating a backlog of cancelled elective surgeries in Canada 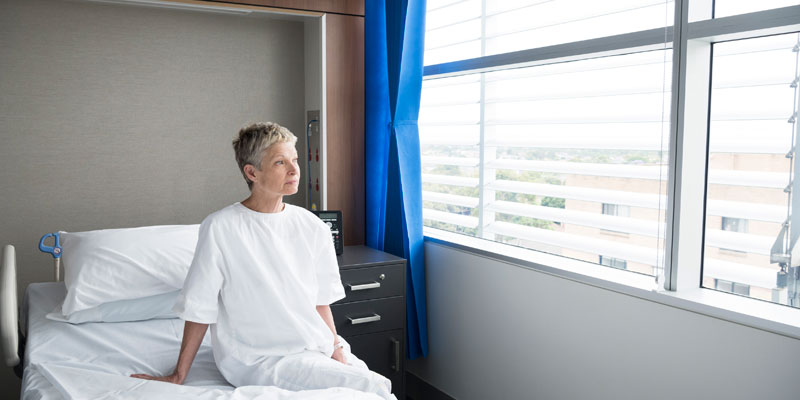 The COVID-19 crisis has led many provinces to take drastic measures to both limit the spread of virus and ensure scarce medical resources are available in the event of a surge in cases. One of these measures involves the cancellation of thousands of elective surgeries in provinces such as Ontario and British Columbia, forcing patients to face indefinitely longer wait times, without any alternatives for treatment within our borders.

Despite the name, elective surgery does not usually refer to optional—but rather—scheduled or planned treatment (in contrast to emergencies). These include treatments such as hip and knee surgery, but also pre-emptive cancer and elective cardiac bypass and stent surgeries. These cancellations are undoubtedly adding to a growing backlog that will have to be addressed once the worst of this present day pandemic is over. But will our health-care system be able to manage and absorb this backlog and, if not, is there anything we can do about it?

While we must trust and support our medical officers and ministers as they make these difficult decisions, we must also prepare for the subsequent future impact of these decisions. Importantly, rather than wait, now is the time to consider policy options that may benefit patients after the COVID- 19 crisis has (hopefully) run its course.

Although several other countries around the world facing this global challenge have also either stopped, or requested hospitals to wind down, elective and scheduled care, there are reasons why Canadians should be particularly concerned about our ability to address this backlog.

First, even in ordinary circumstance (let’s call this the “pre-COVID” world), our health-care system struggles to address routine demand for patient care. In fact, in January of this year a damning report by the CBC revealed that almost half of all hospitals in Ontario regularly operate beyond capacity and have to accommodate patients in unconventional spaces (corridors, meeting rooms, kitchenettes, etc.). In the post-COVID world (i.e. when the worst of the pandemic is over), we should expect a return to this unfortunate situation—except worse, as a result of the thousands of patients whose surgeries have been postponed.

Which brings us to our second, and related concern—wait times. Again, even in the pre-COVID world, patients in need of elective care often faced remarkably long wait times in Canada. In fact, in 2019, an annual survey reported that patients in Canada could routinely expect to wait 20.9 weeks for elective treatment (after getting a referral form a family doctor).

Several studies have documented the medical consequences of long wait times for scheduled cardiovascular and cancer surgery, however, those waiting for other treatments such as hip and knee replacements may also experience greater pain and poorer outcomes. In many cases, it’s possible that previously treatable conditions may turn into more permanent debilitating conditions that may also be more expensive to eventually treat.

To be clear, several other countries around the world facing this global challenge have also either stopped—or requested hospitals to wind down—elective and scheduled care. However, it should be noted that many of these countries have far more medical resources than Canada does and may be able to better absorb the impact of these cancellations. For example, while Canada reports an age-adjusted ratio of 2.0 acute-care beds per thousand people, South Korea has four times as many beds available for its residents (8.1), while Japan (5.8) and Germany (5.5) have almost three times as many.

Importantly, while just about every country will likely also experience subsequent increases in wait times for treatment—most other universal health-care systems will be starting from a much lower base-line wait in comparison to Canada. For example, in the pre-COVID world, significantly more Canadians (18 per cent) reported waiting four months or longer for elective surgery in 2016 when compared to Australia (8 per cent), Switzerland (6 per cent) and Germany (0 per cent). So even if we assume that these countries experience, say, a doubling of this percentage, patients in these other countries will generally still be facing shorter wait times in the post-COVID world than Canadians reported in 2016. Of course, it goes without saying that the relative incidence of COVID in each of these countries, including their current ability to flatten the curve, will affect their respective recoveries.

So, what can we do to prepare for this eventual strain on patients and our health-care system?

Though controversial, one option would be to embrace the private sector as an ally in the wake of the crisis. Unlike Canada, many other universal health-care system around the world will have the private sector on standby to eventually provide elective surgeries when the time comes.

There are three distinct potential advantages for Canada to follow a similar approach. First, by contracting services out to already existing private clinics, Canada’s public health-care system can potentially serve more patients without having to invest in expensive infrastructure (something previously demonstrated in Saskatchewan).

Second, by allowing patients to pay for treatment privately, the private sector can act as a pressure-valve and potentially alleviate some of the additional stress on the public system. Finally, unlike the public sector in Canada, a robust and independent private sector will not be bound by government budgets or compete with other social programs. This will allow for a dynamic and flexible response—where the private sector can expand to serve the surge in patient demand—and contract once demand stabilizes and a new equilibrium is established.

To be clear, Canada has been fortunate to have fewer cumulative cases per million than many other developed countries. Further, our health-care professionals and policymakers have been exceptional in how they are dealing with this crisis everyday and they deserve every bit of our support.

However, the blanket cancellation of elective surgeries is creating an ever-growing backlog of patients who need elective, but medically necessary, care. And we must consider policy options to assist them the in the post-COVID world. Specifically, we should consider embracing the private sector, either as a partner to help deliver publicly funded care or as a pressure valve to alleviate potential strain on the public system, while offering patients a timely alternative for their delayed medical care.