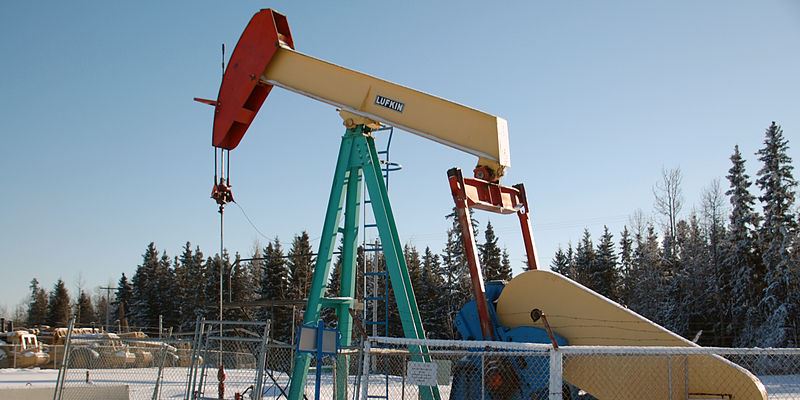 Oil producers south of the border must be breathing a sigh of relief as U.S. oil prices are rising, reaching more than US$70 per barrel. Meanwhile, the outlook for Canadian oil producers remains dismal as heavy oil is practically selling for less than half that price. Despite a significant increase in global oil prices, Canadian producers are missing out due to insufficient pipeline capacity.

Of course, there’s always been a price difference between Western Canada Select (WCS) and U.S. crude (West Texas Intermediate) due to transportation costs and difference in quality between the two products. Between 2009 and 2012, the price difference was US$11.2 or roughly 13 per cent (of the U.S. crude price).

However, as reported by Reuters, the price differential between WCS and WTI recently reached its widest point on record. Specifically, Canadian heavy crude oil futures traded for US$42 a barrel below the WTI benchmark, meaning that Canadian oil producers receive less than half of what American producers receive for their product. Recall that the discount only six years ago was approximately US$11.2, according to data from Oil Sands Magazine.

The recent elevated discount means Canadian producers now fetch far less for their oil than their international counterparts. In fact, the situation for Canadian heavy oil producers—and the economy more broadly—is rather depressing. Oil producers will lose an estimated $15.8 billion this year alone in foregone revenues compared to what other producers of similar products will receive. This estimated loss is approximately 0.7 per cent of our national GDP.

So what’s behind the drastic discount for Canadian heavy crude and the subsequent forgone revenues?

Simply put, Canada’s lack of transportation capacity (i.e. pipelines) and restricted market access. Despite growing oil production in recent years, Canada has been unable to build any major pipelines, resulting in significant excess production over transportation capacity. Due to several factors including significant regulatory hurdles, TransCanada’s Energy East and Eastern Mainline projects were cancelled. And the Keystone XL pipeline project has faced significant delays in recent years, despite good news last week that TransCanada is set to start construction on this pipeline in 2019.

And again, even after the Trudeau government was forced to nationalize Kinder Morgan’s Trans Mountain, that plan is now in limbo after the recent Federal Court of Appeal decision. At this point, it’s unclear when or if the pipeline will be built.

Meanwhile Canadian oil-by-rail shipments have increased significantly, reaching an all-time high of 206,624 barrels per day in July. However, this surge in rail shipments is not sufficient to solve the issue of tight takeaway capacity.

Finally, maintenance downtime at refineries in the United States is exacerbating the price differential. For instance, two refineries—one in Whiting, Indiana and the other one in Detroit—have been offline and undergoing maintenance. The shutdown of various U.S. oil refineries, the biggest customers for Canadian heavy crude, will reduce demand for Canadian oil and further widen the price gap.

Unfortunately, the steep price discount for Canadian heavy crude, and its associated foregone revenues, will remain until new pipeline capacity comes online. Federal and provincial policymakers should take concrete action to get pipelines built—fast—for the benefit of Canadians and the economy.