Dollars and Sense of Education Reform in B.C. 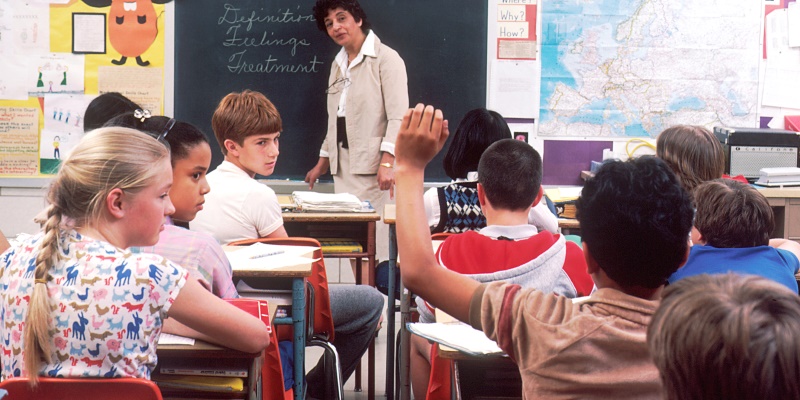 Earlier this month Alex Hemingway from the Canadian Centre for Policy Alternatives penned a provocative column in the Vancouver Sun arguing that government grants to elite independent schools, and perhaps independent schools more broadly, should be terminated in order to provide more funding for particular students at government schools. Unfortunately, the column rests on a number of assertions and assumptions that don’t stand up to scrutiny. In relying on innuendoes rather than empirical evidence, the author misses an opportunity to suggest real education reform that would assist the students he’s concerned about.

The piece includes an often repeated but never proven assertion that government schools have been “severely underfunded for most of the past two decades”. Like much of the column, no data or evidence is provided to substantiate this claim. The most recent comparable education spending data from Statistics Canada indicates that per student spending in government schools in B.C. increased 14.0 percent over a ten-year period, after accounting for inflation.

More importantly, it is the outcomes or performance of the education system that should be focused on rather than simply counting the inputs. After all, a system that uses fewer inputs but delivers better outcomes signifies a high-performing system. British Columbia continues to lead the country in standardized test performance and similar measures of performance.

And critically, the numbers above are averages for the families choosing these different types of schools, meaning that there are families with after-tax incomes both above and below the average.

The worst offence in the piece is the assumption that no families will change their behavior when the price of attending independent schools increases by at least one-third, if not more. Specifically the author states that his “conservative estimate” is based on families being “unlikely to give up this lifestyle just because public subsidies are withdrawn.” Indeed, the calculation presented in the column assumes all families currently attending elite independent schools remain even after tuition costs are increased substantially. (Later in the column the author admittedly uses softer language but does not adjust his calculation).

The author’s only response to this potential criticism is that it “doesn’t hold water especially when it comes to elite private schools because there are many provinces where private schools receive no government funding.” Again, no evidence or measurement is provided. However, the share of students attending independent schools in other provinces is telling. The four Atlantic provinces, for instance, do not provide any funding for families that attend independent schools. Enrolment in such schools ranges from 0.8 percent in New Brunswick to 2.7 percent in Nova Scotia compared to 12.9 percent in B.C. Provinces that do not provide funding generally have much lower rates of independent school enrolment and contrary to the assertion in the column, families are sensitive to the price of education as they are with almost all goods and services.

It’s odd that the author ignores other potential reforms that could assist the at-risk student groups discussed by the author. For instance, he ignores the research on charter schools, which exist as semi-autonomous schools within the government school system and have repeatedly been shown to improve results for many at-risk groups of students such as those from lower socio-economic areas and students with special needs. Currently only Alberta has charter schools as part of its government school system.

Alternatively, the author could have suggested empowering parents from lower income levels to be able to choose independent schools more freely based on recent innovations in Australia, which is currently experimenting with variable government grants for families choosing independent schools based on the socio-economic profile of the neighbourhoods in which the families reside. The value of the grants varies from 20 to 90 percent of the costs of attending the independent school. It is an attempt to match the government funding with the financial needs of the family. Extending from the Australian reform, B.C. could directly link government grants with household income. Such an approach would empower lower and lower-middle income families with more school choice by lowering the costs to them of attending independent schools.

If the ultimate goal for the author is to ensure that students with special challenges are assisted and supported then broadly eliminating funding for a category of independent schools is not the best way forward. Instead, reform options from neighbouring Alberta and Australia should be considered.