Estimating the price of public health care for Canadian families

Last year, the amount of money spent by provincial governments on Canada’s public health-care system accounted for about seven per cent of the country’s economy and was the single-largest item of their respective budgets (representing 40 per cent of total program spending, on average).

And yet, if you asked the average Canadian how much they—as taxpayers—paid for health care, it would be difficult to get a specific answer. In fact, you might even hear some folks call our health care system “free.” Of course, that couldn’t be further from the truth.

We actually contribute a significant amount of money to the public health-care system every year through the country’s tax system. However, because the health-care system is funded from a pool of general revenue collected from a variety of taxes (rather than a dedicated health insurance tax), most taxpayers are unaware how much they pay into the system.

In fact, even more confusion crops up in provinces such as British Columbia, Ontario and Quebec where residents are required to pay a “health insurance premium.” While such premiums certainly help disabuse the notion that public health care is free, the payments still go to general government revenues and only fund a fraction of health-care costs.

It’s therefore remarkable that we routinely participate in discussions about how well our health-care systems perform without a clear idea of how much we pay for them. 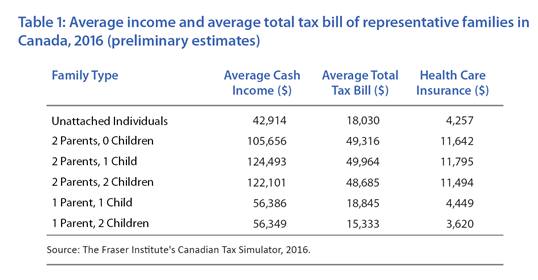 While opinions regarding the size of the burden these payments place on taxpayers may vary, such estimates provide important context when discussing the performance and sustainability of Canada’s health-care system.