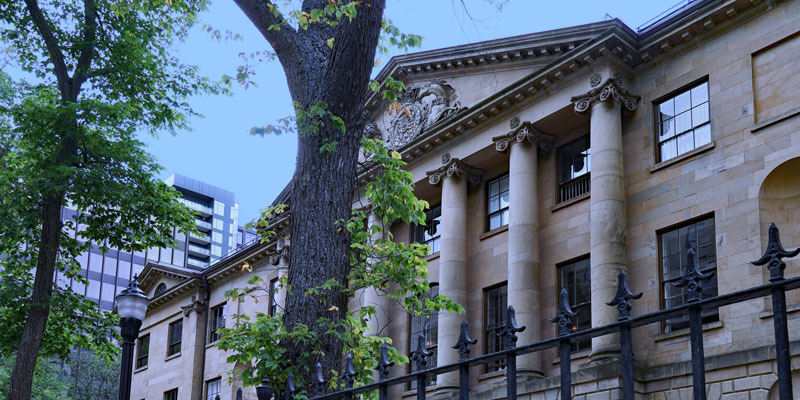 The fallout from the COVID-19 crisis will take a toll on Nova Scotia’s provincial finances. Just three months ago, Finance Minister Karen Casey released a budget projecting a $55 million surplus, which would have been the province’s fifth consecutive balanced budget.

Much has changed since that time. In this two-part blog series, we will first estimate the fiscal deficit Nova Scotia faces in 2020/21. Later, we’ll examine the resulting rise in provincial debt, and what that means for Nova Scotians.

The budget delivered in February projected not only an operating surplus this year, but in the next three budget years as well. While balancing the operating budget has been a positive thing, the province planned to continue accumulating debt, which presents risks to the province’s finances. Budget 2020 projected Nova Scotia would add $2.7 billion in net debt over the next four years, mostly due to capital spending.

This plan didn’t give the province much room for error. Now the province finds itself in a deep recession, with banks such as TD predicting an “unprecedented contraction in the economy,” projecting real GDP to shrink between 5.5 per cent and 7.4 per cent this year.

Where does this leave the province’s finances? As a starting point, let’s look at projections from the major banks. RBC forecasts an $800 million deficit this year, Scotiabank forecasts $970 million. Dire as these forecasts may be, they, could actually underestimate the province’s fiscal deterioration.

While the bank forecasts are worrisome, data from the federal Parliamentary Budget Officer (PBO) suggests they could understate the province’s deficit. The PBO recently produced a national report, which predicts a 17.2 per cent decrease in personal income tax revenues, a 22.4 per cent decline in business income taxes, and a 26.7 per cent decline in sales (and related) taxes. Although the PBO report has a national focus, it’s reasonable to use these numbers to provide a general idea of how the recession could impact the province’s finances.

Applying these declines in revenue to Nova Scotia, we arrive at a revenue estimate of $10.3 billion for the 2020/21 fiscal year. This assumes other sources of revenues hold at their previous levels, and thus may even overestimate actual revenues in 2020/21. Nova Scotia was planning to spend $11.6 billion this year. Adding $161 million in new spending related to COVID, we arrive at a total spending estimate of $11.7 billion.

The result of this second method of forecasting is a potentially historic deficit, in the range of $1.4 billion. To put this figure into perspective, the largest deficit in the last 40 years occurred in fiscal year 1999/00 when the province spent $797 million more than it took in. Our estimate, using the PBO projections, yields a deficit 72 per cent higher than in 1999/00.

It’s important to remember that these are simply projections and many unknowns exist about the economy in the coming months. Things could turn out to be better than we forecast here, but they could also be worse. Like the economy as a whole, it isn’t clear how rapidly government revenues will recover.

Regardless, all projections indicate a significant and potentially historic deficit for Nova Scotia in 2020/21. The province’s fiscal situation is dramatically worse than the government expected just a few months ago. Simply put, the province will in all likelihood run a large deficit this year. Tackling the resulting debt load and returning to balanced budgets in the medium-term will be an important part of the provincial recovery.

In part two of this series, we will show calculations estimating Nova Scotia’s debt situation.