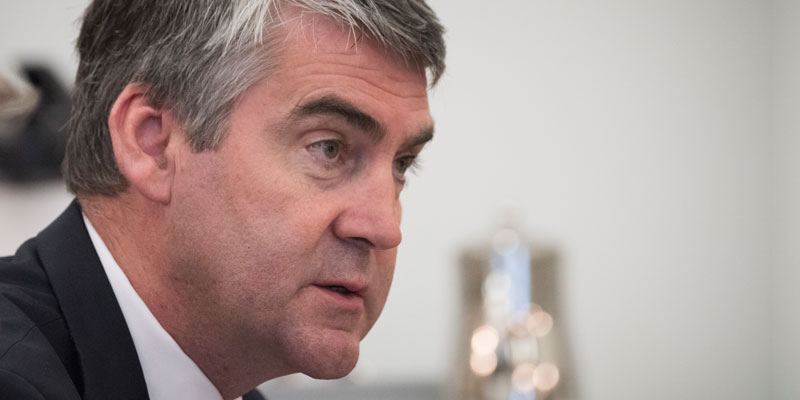 The COVID-19 crisis has dealt a major blow to Nova Scotia’s economy and all indications point to a marked deterioration of provincial finances. Prior to the recession, the McNeil government had established a string of balanced operating budgets, which represented important progress for the province. However, the pandemic will now amplify fiscal challenges moving forward. In this blog post we estimate the amount of net debt—total liabilities minus financial assets—Nova Scotia could accumulate in 2020/21 based on an increase in spending and declining revenues.

Part 1 of this blog series explained that Nova Scotia government was accumulating debt even though it was expecting to run a surplus this year. In fact, Budget 2020 projected that net debt would grow from $15.2 billion in 2019/20 to $15.7 billion in 2020/21. The province expected to accumulate debt despite a balanced budget because it separates annual spending (the operating budget) from long-term spending on items such as new schools and highways (the capital budget).

Provincial net debt (as a share of the economy) was also set to increase from 33.0 per cent in 2019/20 to 33.3 per cent in 2020/21. However, Nova Scotia had been succeeding in bringing this ratio down in prior years and fared relatively well compared to other Canadian provinces, ranking in the middle of the pack for debt-to-GDP.

Today the province finds itself in a much different situation. The COVID-19 crisis has precipitated a deep recession, with forecasters such as National Bank predicting a major contraction in the economy. This contraction will have a major impact on government finances. In addition to the shrinking economy, Nova Scotia’s debt will rise more than anticipated with the result being a sharp increase in its debt-to-GDP ratio this year.

In Part 1 of this blog series, we estimated what the operating deficit could look like this year if provincial revenues fell by the same percentage forecasted in a national report from the Parliamentary Budget Office (PBO) in late April. Our projections demonstrated how Nova Scotia could run an historically large $1.4 billion deficit in 2020/21.

To illustrate the associated rise in net debt, we will assume that the McNeil government maintains the same capital spending plan from the February budget. Under this approach, Nova Scotia’s net debt is projected to increase from $15.2 billion in 2019/20 to nearly $17.2 billion this year. Put differently, the province could see its net debt rise 13.0 per cent in 2020/21.

But the fiscal challenge is only exacerbated once we consider the contraction in the economy. Projections from National Bank envision that nominal GDP in the province could fall by 5.3 per cent, or approximately $2.5 billion, this year.

The resulting effect on provincial finances will be substantial. Nova Scotia’s debt-to-GDP ratio would reach 39.6 per cent in this scenario, which is slightly higher than the 39.0 per cent projection from RBC. This means that debt relative to the size of the provincial economy could climb more than six percentage points higher than the government expected in its spring budget. For historical context, this debt-to-GDP ratio would be the highest in Nova Scotia since 2004/05.

Although this estimate is simply a projection and things could turn out better than forecasted, it’s important to recognize that Nova Scotia faces an enormous fiscal challenge in the medium- and long-term. Debt was growing before COVID-19 and the crisis will exert further pressure on provincial finances. This is worrisome because growing government debt can have negative effects on economic growth and diverts billions of dollars away from important public priorities such as health care, education, and tax relief. Nova Scotians will also face higher taxes in the future to pay off the resulting interest payments.

Nova Scotia’s fiscal situation is markedly worse than the McNeil government expected three months ago. The provincial government must now recognize the scale of its fiscal challenges and begin formulating a plan to tackle the resulting debt load sooner rather than later. As the province emerges from the COVID-19 crisis, a stable fiscal plan will be a key part of the recovery.