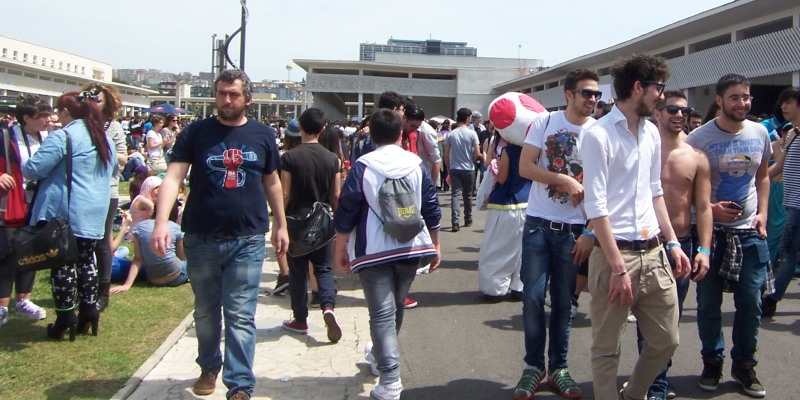 Statistics Canada published some interesting data on income mobility this week. Actually, “interesting” is probably redundant. Thanks to our current political and policy preoccupation with who’s doing well in this society and who isn’t, all data on income mobility are now interesting. How much families and individuals move up and down the income distribution is one of the Top-5 policy questions of the age. (What the other four are is a good subject for another post but whatever they are I’m quite sure income mobility is right up there.)

The StatsCan release is called “Family income mobility of Canadian tax-filers, 1982 to 2016.” It’s an update to a series that has been appearing every few years, reporting on the evolution of “LAD” data. “LAD” stands for “Longitudinal Administrative Databank,” which means it tracks individual Canadians and families through time, which is no mean feat given that the tracking has now lasted 34 years. (Be assured, as well, that the LAD data also track losses.)

The release accompanies a complete updating of CANSIM Table 11-10-0059-01 (“Five-year income mobility”), as well as Table 11-10-0061-01 (“One-year income mobility”) if you want the corresponding year-over-year statistics. I look forward to playing with those interactive tables but here let’s just look at the data table that accompanied this week’s Daily release (which was for July 9).

I think it’s fair to say that the text accompanying the data is of the “glass half empty” variety. For instance, the first section headline is “Falling incomes related to economic downturns.” In fact, in every single five-year period since 1982 more than half of tax-filers experienced rising real incomes so leading with falling incomes is a strange editorial choice. It is true that the share of people whose income didn’t rise did itself rise and fall with the business cycle, as you’d expect. But it seems a funny thing to put first. Even in the tough recessions of the early 1980s and then the early 1990s, a majority of tax filers saw gains in real income. If you asked most people who live through those recessions about that, I doubt you’d get that answer.

The rest of the section headings highlight rising income immobility—“Canadian tax-filers are more likely to stay on the same rung of the income ladder,” “Immobility rises for all tax-filers, but more so for those from the lower part of the income distribution,” “Seniors are most likely to stay in the same income decile”—all of which is actually true, even if most of the changes seem pretty small, on the order of five percentage points over several decades. But after several successive sections about rising immobility, I was not exactly prepared for the very substantial mobility displayed in the table of data.

For instance: Percentage of tax filers who experienced an increase in real income in each five-year period? Everyone knows the top of the income distribution is doing best these days and has been ever since Reagan, Thatcher and globalization. So it’s a bit of a shock to learn that in each and every five-year period since 1982 more people in the top decile saw their income fall rather than rise. In the very best five years for that decile (1999 to 2004) only 43.3 per cent of its members experienced an increase in their real income.

At the bottom end, by contrast, in the lowest income decile, the share of tax-filers who experienced income gains was never less than four out of five. The very best five-year period for this group was the first, when almost nine out of ten tax-filers in the bottom tenth of the distribution saw their real income rise. But in the very latest five years (2011 to 2016) fully 84.7 per cent of these folks saw their real income go up. The worst years for this decile were 1993-98 and 1999-2004, but even so, in each period 82.2 per cent of these tax-filers experienced an increase in real income. As I say, more than four out of five.

How about movement into and out of deciles? The percentage of tax-filers in the lowest decile who stayed in that decile for a five-year period? 32.5 per cent in 1982-87, falling to 27.1 per cent in 1987-1992 and rising to 38.3 per cent in 2011-16. The movement up may not be something we want to see—unless real incomes keep rising for most people in this decile. But the flip side of those numbers is that in every five-year period more than 60 per cent of people in the bottom decile moved up and out of that decile.

As for people at the top, fewer than 60 per cent of people who started a period in the top decile stayed in it. The number of stayers did rise over time—from 51.7 per cent in 1982-87 to 57.2 per cent in the latest. But that’s still more than 40 per cent of people not making it the full five years at the top. That’s not what you might have guessed listening to most debates about how unfair our society has become.

Do the numbers show a lot of churn in the top and bottom decile’s membership or just a little? To a certain extent, churn is in the eye of the beholder. To my eye, more than 60 per cent not staying at the bottom and fewer than 60 per cent staying at the top is a lot. It’s certainly more than the “rich always getting richer, poor always getting poorer” rhetoric you hear so much of these days.

In the end, the key thing to realize about these data is that they are subject to many more influences than simply “Reagan/Thatcherism” or “austerity” or “corporate power” or whatever the cry of the hour is at the ideological barricades. My own family recently experienced quite a large reduction in income. Nothing bad happened. In fact, on balance, what happened was good, the result of individual choice: I retired from my job as a tenured university professor. Before that my job and income had been very stable—enviably stable even. But I’m pretty sure we dropped at least a decile or two as a result of my retirement, and will drop a couple more when my wife retires, which she will do when she decides that on balance that’s the best thing for her to do. Similarly benign changes are taking place to millions of people and millions of families all the time. Which is not to say, of course, that harmful changes never occur.

Before we introduce expensive and maybe damaging new policies to address what don’t actually seem to be very large changes in observed income mobility we should be as sure as we can that we aren’t dealing with completely understandable, even “natural,” changes. Every year, after all, every one of us ages 365 days. That has consequences for all sorts of things, including the income distribution.